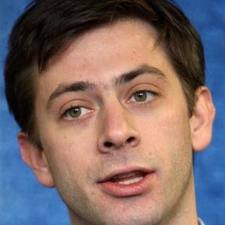 Brooklyn Councilman Steve Levin, whose coveted official parking placard was pulled by the Bloomberg administration in April after he racked up $630 in unpaid summonses, is in a fine mess again.

Levin, a protégé of embattled Brooklyn Democratic boss Vito Lopez, has piled up 10 new tickets totaling $595 in fines and late fees since his placard was briefly taken away, according to the city’s records.

The placard, among the prized perks of city officials, was returned to Levin the same month — after he paid off eight delinquent parking tickets.

“When you settle all of your tickets, they allow you to renew your placard,” he told The Post. The pass entitles drivers to park almost anywhere, except at hydrants and bus stops.

Of his 10 new tickets — all racked up since his parking placard was renewed — two were for being caught running red-light cameras. The rest were for illegal parking, with four during street-cleaning hours; three meter infractions; and one in a no-standing zone.

Since Levin now owes more than $350 in parking tickets, cops could tow his car or put a boot on it if they come across it.

On Sunday, he told a reporter he was going to pay off $460 in outstanding fines, including the ones for blowing through red lights.

Many of Levin’s recent tickets have been for illegally parking outside his Atlantic Avenue office. Since he joined the council in 2010, his car has been towed twice for being in a strictly enforced 4 p.m.-to- 7 p.m. no-parking zone.