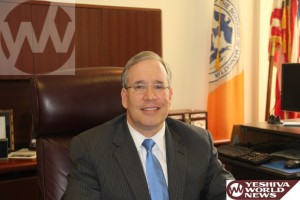 Police said that the office at 40 Worth St. was forcibly entered. Police told CBS 2 the office’s front door was broken into by a suspect or suspects.

Stringer, who is expected to run for mayor in 2013, did not immediately comment publicly on the situation.

Law enforcement sources told 1010 WINS that nothing else was taken from the office.