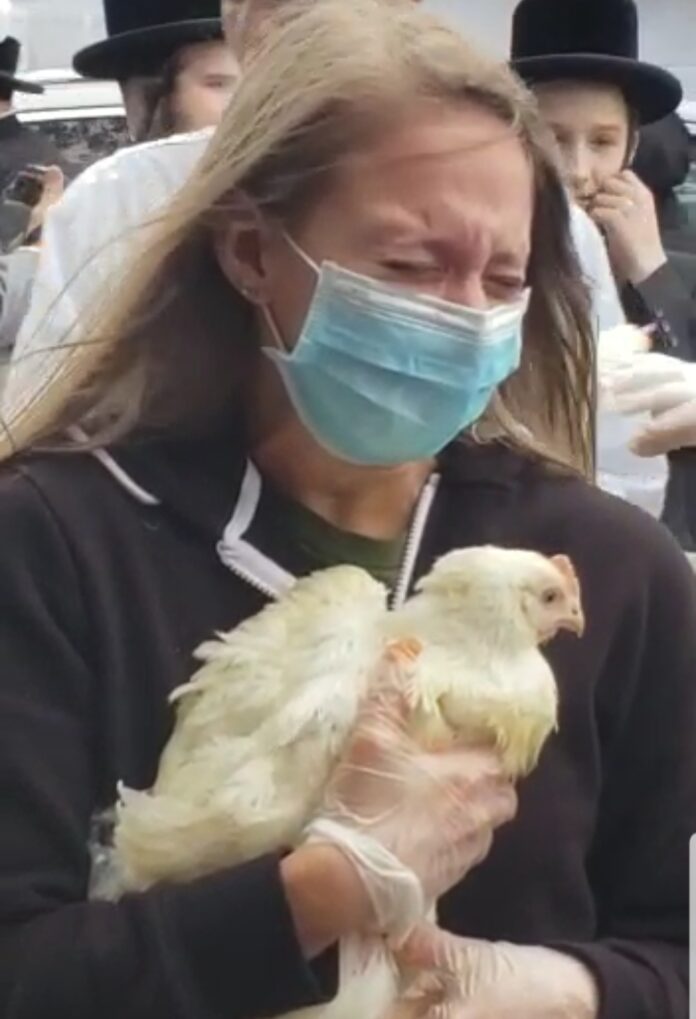 A female animal rights activist was captured on video weeping and crying as she held a chicken by a Kaparos Center in Brooklyn.

In the video below, watch the unnamed woman as she holds the chicken as if she is holding an infant.

Many of these “animal rights activists” are the same type of folks who attend BDS rallys, Occupy Wall Street, RESIST, “Not My President”, and chant “Free Free Palestine” at anti Israel demonstrations. YWN has in previous years confirmed the same faces seen at all different venues of protest.