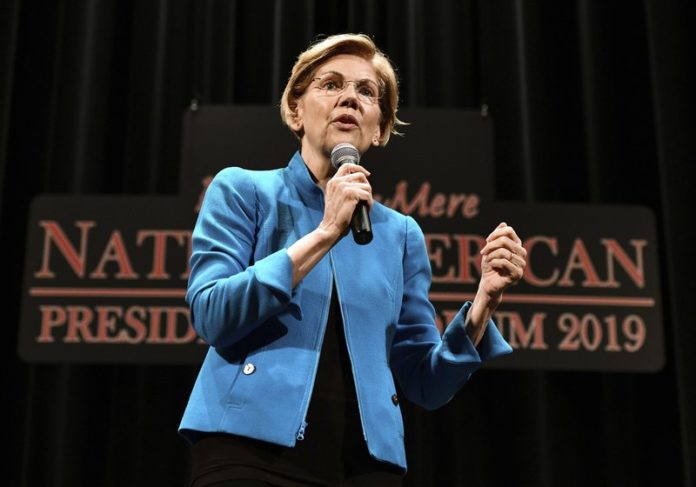 With three polls showing her in the lead, Sen. Elizabeth Warren, D-Mass., may soon eclipse former Vice President Joe Biden as the front-runner for the Democratic presidential nomination. That’s great news for Republicans, because Warren has a problem: The central message of her campaign is that the economy is working for the very wealthy but it is not working for ordinary Americans. Unfortunately for her, ordinary Americans disagree.

A Marist poll asked voters whether “the economy is working well for you personally.” Nearly two-thirds of Americans said yes. This includes large majorities in almost every demographic group.

Sixty-seven percent of college graduates and 64 percent of those without a college education say the economy is working for them. So do 68 percent of whites and 61 percent of nonwhite people.

So do most voters in every type of American community: 63 percent of both big and small city voters; 64 percent of small-town voters; 66 percent of rural voters and 72 percent of suburban voters.

Most everyone, it seems, says the economy is working for them.

The only groups who disagree, Marist found, are progressives (59 percent), Democratic women (55 percent) and those who are liberal or very liberal (55 percent.

So, when Warren declares that President Trump is “part of a corrupt, rigged system that has helped the wealthy and the well-connected and kicked dirt in the faces of everyone else,” it resonates with almost no one except those on the political left.

There is a good reason for that. Unemployment is near a record low, and the United States has about 1.6 million more job openings than unemployed people to fill them.

Not only are jobs plentiful, but wages are rising. And The New York Times reported in May that “over the past year, low-wage workers have experienced the fastest pay increases.”