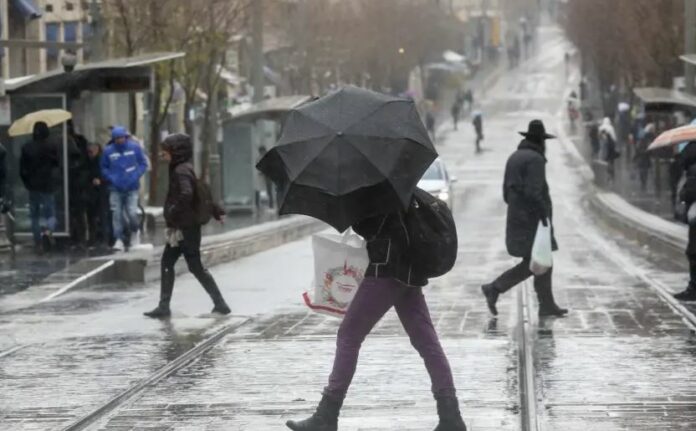 The forecast in Israel calls for partly cloudy skies in Yerushalayim today, Tuesday, isru chag Simchas Torah. Rainfall is expected on Wednesday throughout the country.

Today’s forecast, Tuesday, October 22, 2019, calls for partly cloudy skies and local rainfall, possibly accompanied by thunder and lightning. From the afternoon hours; high wind gusts are expected along the coastal plain, the Israel Meteorological Service reports. Beginning Tuesday night, from the north to the northern Negev, local rain is expected and there may be some thunderstorms. Flooding may occur in the Jordan Valley and Judean Desert.

On Wednesday, local showers, at times accompanied by thunder and lightning, are expected along with local flooding in southern nachals. Temperatures are expected to drop.

Thursday’s forecast calls for partly cloudy and local showers continuing in northern areas, once again accompanied by thunder and lightning at times.

Friday’s forecast calls for local thunderstorms along the coast spreading to the northern and central areas with flooding possible in the Jordan Valley and Dead Sea areas.