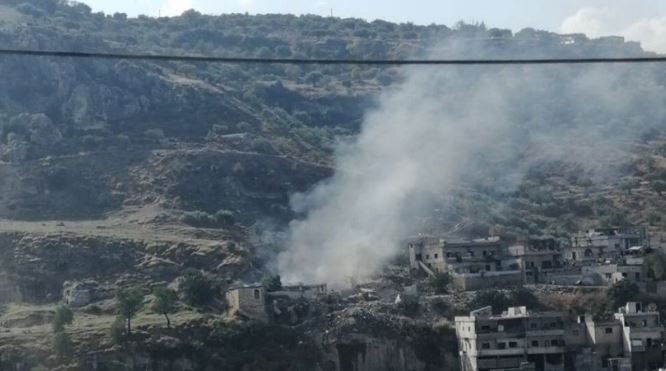 The IDF Spokesman’s Office confirms that a missile was fired in Southern Lebanon at an IDF drone on Thursday afternoon, October 31, 2019. The IDF Spokesman reports the drone was not hit, despite reports from the contrary by the Lebanese media.

According to unconfirmed reports, the accompanying video originated in Nabatiyeh, appearing on social media, reportedly showing the anti-aircraft missile being fired at the drone.

Despite the media footage, the IDF Spokesman is not detailing the events surrounding the incident, nor is information regarding the drone known at this time.

The Lebanese media reports the drone was downed by the anti-aircraft missile fire.