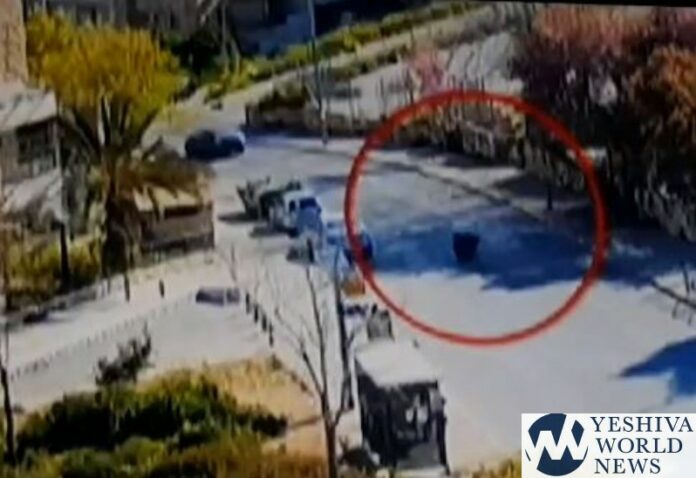 Bchadrei Charedim posted a video today of a dramatic incident that occurred on Ha”rim Levin Boulevard in Jerusalem a few months ago. In the video, a baby carriage is seen drifting away from the courtyard of an institution of higher learning and slowly begins rolling down the street. Inside the carriage were two small children, one just a year old, the other, two-and-a-half years old. Bichasdei Hashem, the children suffered only light injuries and only one required mild medical attention.

In the video, the carriage is seen to pick up speed as it began hurtling down the steep incline of the street. A taxi driver, that was surprised by the carriage racing down the middle of the road, is seen swerving to avoid hitting the carriage.

A bystander who was waiting for a bus saw the carriage and attempted to stop it. However, the carriage wouldn’t stop and it kept going. After another hundred meters or so, it flipped over. The two babies were tossed from inside the carriage and were lightly injured as a result.

The video also showed a man running a while behind the carriage in an attempt to stop it. It appears that this man was the father of the two children. Miraculously, this incident ended with only minor injuries.