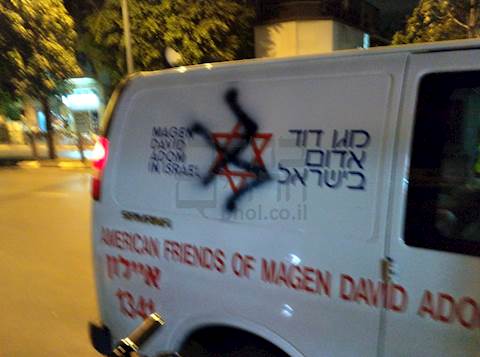 Due to an unseasonal dry spell that is expected to blow over Israel this week, the Fire Department has issued a warning against any open flames in the country, including bonfires and mechanical or construction work that could create sparks as there is a real and present danger for large-scale wildfires should any shrubbery or wooded areas catch flame Fire Commissioner Dedi Simchi has put the fire departments around the country on high alert.

According to reports coming from inside the Gaza Strip, terrorists from the Islamic Jihad attempted to fire a rocket into Israel on Saturday night. The rocket malfunctioned and exploded on the Gazan side of the border ear Rafiach.

On Friday night at around 2:00 a.m. two rockets were fired from Gaza at the Israeli city of Be’er Sheva. The iron dome eliminated both of the rockets over the city. As the sirens wailed, people ran for cover and eight people were admitted to Soroka hospital having suffered injuries in relation to the attack. According to a spokesperson from the hospital reported that four people were admitted suffering light injuries, four of them sustained physical injuries received while running for cover, while another 4 suffered from shock.

Among those injured were a mother and infant who had fallen while running for shelter. The infant is under observation and will be released on Sunday morning if all goes well.

In response to the attack, IAF jets attacked military installations inside the Gaza Strip that serve as training bases for Hamas.

Heads of Regional and Local municipalities in the Gaza periphery are opening schools on a regular schedule on Sunday.

A pipe bomb was thrown at a border police position in Jerusalem on Friday night. No one was injured in the resulting explosion. Border police opened an investigation and a search for the culprits. Numerous parts of other explosive devices were discovered in the search of houses in the area.

A suspicious man was apprehended after he crossed the border from Lebanon into Israel on Shabbos. He was unarmed and has been taken for questioning by security forces.

An accident took place in Jerusalem on Motzei Shabbos involving a motorcycle and a car on Gai Ben Hinom Street. United Hatzalah volunteer EMT Yechiel Gurfein reported: “We performed CPR on the motorcycle driver at the scene. He was in critical condition and was taken to the hospital while undergoing CPR.”

A swastika was painted onto a Magen David Adom ambulance that arrived to treat a woman who was feeling ill on HaHagana Street in Tel Aviv on Friday night. MDA submitted a complaint to the police.

Israel’s Alon Lvive won the Gold Medal for the under-18 mens group in the world championship of Jiu-Jitsu in Abu Dhabi. Lvive heard Hatikva being played a he stood on the podium in the Muslim country. Three other athletes won bronze for Israel in their respective groupings. They were, Omri Haviv (under 60 kg mens) Liam Hersko (under 73 KG men) and Yonatan Margalit (under 66 kg mens).