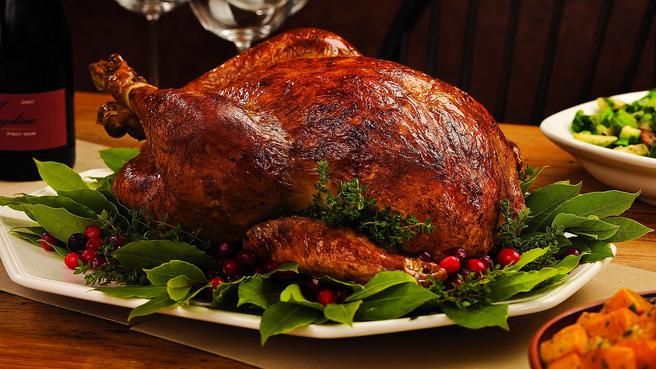 (By Rabbi Yair Hoffman for 5TJT)

Some call it the great MO versus Yeshivish Community Divide. However, the question has not yet entered the list of “Shidduch questions” that are generally posed to parents of children who have now entered the phase of dating. Is it halachically proper to formally celebrate Thanksgiving with a turkey dinner with one’s family?

This is not to say that the Yeshiva community does not express appreciation for the wonderful freedoms that this country has championed both for its citizens and for peoples throughout the world.

The greatest of our Rabbis have stated that the United States is a “malchus shel Chessed – a Kingdom of Lovingkindness” and that our thoughts and prayers should express appreciation for the wonderful nation in which we live. Indeed, one Rosh Yeshiva once stated, “I would rather be a street-sweeper in America where I have the religious freedom to learn Torah, than a Rabbi in Communist Russia.”

It is clear that these are the questions that must be resolved and addressed. They must be addressed using logic and reason rather than emotion. No question of law or halacha should be addressed with emotion as the underlying motivation, as noble as the motivation may be. Each person should, of course, address the question to one’s own Rav or Posaik.

So, let us begin. The issue at hand is the prohibition of “Ubechukosaihem lo sailechu” (VaYikra 18:3). What are its ramifications? The Shulchan Aruch and Rama (Yore Deah 178:1) discuss the parameters: “We do not walk in the customs of the Ovdei Kochavim..(Ramah) Rather, one should be separate from them in one’s dress and in his other actions. This is only prohibited in matters that they do which involve immodesty.. or in a matter that they do as a custom or law with no basis to it.. and it contains within it a smattering of Avodas Kochavim that they have from their ancestors..”

The underlying issue is, therefore, does the holiday in question contain within it a smattering of Avodas Kochavim that they have from their ancestors?

The Gedolim have issued their opinions on the matter. Rav Yitzchok Hutner clearly forbade the celebration of Thanksgiving (heard from his student, Rabbi Yaakov Feitman), while Rav Moshe Feinstein and Rav Mordechai Gifter had more lenient approaches.

Below is a translation of Rav Moshe Feinstein’s view found in his Igros Moshe (YD 4:11).

“And in the matter of participating with those who consider Thanksgiving as a sort of holiday to make a feast. It would seem that:

(1)Since in the books of their religion this day is not mentioned as a holiday, and also that they are not obligated in holding a meal and;

(2)Since it is a day of commemoration for the people of the country, in which he is also happy in the country that he came to reside in now or from before, we do not have a lav prohibition in rejoicing at such a feast, nor in the consumption of turkey. And we find similar to this in Kiddushin 66a, that Yannai the King made a simcha for the victorious capturing in the war of Kuchalis in the wilderness. They ate vegetables there to commemorate it. But it is certainly forbidden to establish it as an obligation and as a Mitzvah. Rather it may be a voluntary celebration now. In this manner, without making it an obligation and a Mitzvah, he may do so.

But I do hold that nonetheless it is forbidden to make this a permanent celebration. Only in that year that Yannai the king captured did he make it a simcha but not a permanent one. There is also the prohibition of adding on to the Torah. Even though one can question whether it is a lav – nonetheless, it is certainly forbidden. “

Other Poskim, however, held to the more strict view that Thanksgiving does fall under the Ramah’s rubric of “a smattering of Avodas Kochavim that they have from their ancestors.” The history of Thanksgiving can be quite informative in understanding this position.

A BRIEF HISTORY OF THANKSGIVING

The pilgrims, or Puritans, were, by and large, Christian religious refugees from England. They differed slightly from the Puritans that had remained in England. They conceived of themselves as the new Israelites, entering the promised land. They did take many of their names from the “Old Testament,” but they also believed strongly in their Christian heritage. Many of them died in this new land in which they arrived. The end of 1622 and the beginning of 1623 were particularly harsh months. They had survived the winter, and that summer – they celebrated.

The first celebration took place on July 30th, 1623. In 1789, a resolution was presented to Congress to establish Thanksgiving as a national holiday. It was accepted and Thursday, November 26th 1789, was chosen as the day.

Rav Feinstein zt”l applied the criterion of the day “not being mentioned in the books of their religion” as a determining factor as to whether or not a particular day might be considered a religious holiday or a national holiday.

DOES A RELIGION HAVE TO BE SO OFFICIAL?

But does a religion have to be so official? What if a group of people breaks off from a church? The “break-away church” may not have official “books of their religion” – yet we would clearly categorize their practices and observances as a religion.

They were loyal Americans and yet they still belonged to the Church of England, whose leader was the King of England.

What did these American Anglicans do? They broke away.

Would one imagine that any religious practice that they observed would not be considered Avodah Zarah? Later, they formed the Episcopalian Church. But until that point they were a breakaway without official books or laws.

WHO WERE THE PILGRIMS?

Who were the pilgrims? They were Puritans who were religious refugees from England. To quote Bradford Smith, the author of Bradford of Plymouth:

Puritanism in England was essentially a movement within the established church for the purifying of that church – for ministers godly and able to teach, for a simplifying of ritual, for a return to the virtues of primitive Christianity. There was nothing revolutionary about the main body of its doctrine. . Its innovating principle was in the idea that the Bible, rather than any established religious hierarchy, was the final authority. Therefore every man, every individual, had direct access to the word of G-d. It was the Puritan’s aim to reconstruct and purify not only the church, but individual conduct and all the institutions men live by.

THE PURITAN’S CONCEPT OF G-D

Our next question is also paramount. What was their concept of G-d? The pilgrims were Puritans who believed in the Christian concept of the trinity.

So here we have a holiday established by a breakaway group from the Church of England the purpose of which is to thank G-d, or their concept of G-d, for having saved them from that harsh winter. Their concept of G-d does not coincide with the Judaic idea of G-d’s Absolute Unity. One can easily understand why these Poskim do not agree with Rav Feinstein’s position.

Rav Moshe Feinstein did rule that one may eat turkey on Thanksgiving and eat a meal together with family at this time as long as one does not make it into a hard and fast rule. Those who wish to follow this position certainly have whom to rely upon.

Others who question this understanding of the nature of the holiday, should certainly not observe it if they feel uncomfortable. If they feel that it involves a smattering of Avodah Zarah – they should certainly refrain. Once again, these issues should be decided through logic and not through an emotional appeal or zeal. It should also be presented to one’s Rav or Posaik.

Everyone, however should take the time to express gratitude to Hashem for the beautiful country we have. Not doing so, when everyone else is expressing their gratitude smacks of a lack of gratitude. In order that it not be something reserved specifically for this day, however, it might be worthwhile to express this gratitude on a grander scale than just one mere day.

"IT'S AVODAH ZARA!" Rav Avigdor Miller on Thanksgiving Q: What is your opinion about celebrating the holiday of Thanksgiving tonight with a turkey dinner? A: Thanksgiving is a holiday that was manufactured by gentiles for the purpose of going to church. That’s what the original purpose was. And therefore it’s avoda zara and Jews are forbidden to participate in such a thing. If you eat turkey especially for Thanksgiving, you’re an oveid avoda zara. That’s my opinion. Now, some people are weak in this matter; but I think it’s real avoda zara; I think it’s יהרג ואל יעבור. I think a Jew shouldn’t eat turkey on Thanksgiving at all! He should make a sacrifice not to eat turkey. Because it’s a Christian observance you understand. It’s not a legal holiday alone. It’s only recently that it became a ‘legal holiday.’ But it used to be a Christian holiday and that’s what it is, all the way down till today. So what happens? In a Beit Hakisei called Sha’arei Torah, on Arbermyle Road — there’s a toilet there called Sha’arei Torah; so today they had a special service there; they had there a Jewish so-called rabbi, and a reform rabbi and a priest and a minister. A whole mishmash of Christianity and so on. That’s what comes when Jews start going after the idolatry of the gentiles. Q: But isn’t that only if eating turkey has religious symbolism? A: No, this is the halacha: it doesn’t have to have religious symbolism. As long as it’s connected with this holiday and the holiday has religious symbolism, that’s enough to make it forbidden. There’s a gemara that says it’s forbidden to wear laurel leaf on the day of a certain gentile avoda zara. Now, laurel has no religious significance. But because the gentiles wear laurel on that day, it’s forbidden. However, like I told you earlier there’s somebody who permits it, and even though I say it’s all wrong, I’m not going to force my opinion on you. But if anybody in my synagogue would ask me such a question, I would give it to him. But since you’re not in my synagogue, so I’ll let you go. TAPE # R-30 ***IMPORTANT NOTE FROM YWN: See the Halachic analysis on this topic currently on the YWN homepage***