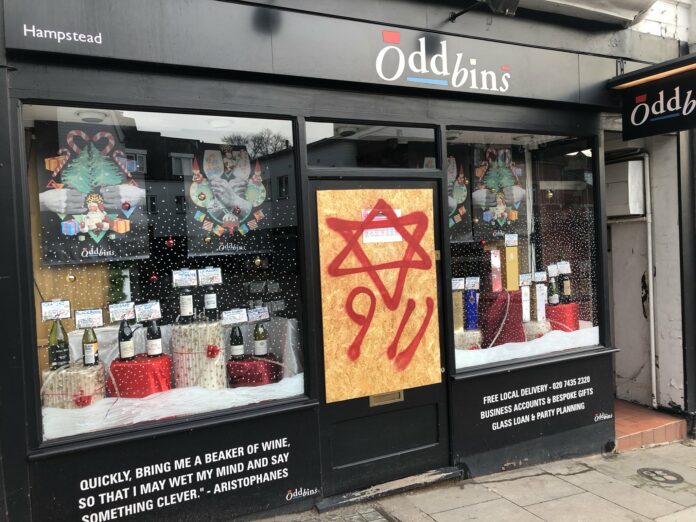 Anti-Semitic graffiti linking Jews to the September 11, 2001, attacks is daubed on many cafes and shops in the London neighborhoods of Hampstead and Belsize Park.

Police say they are investigating the incidents.

Officers received a report of anti-Semitic graffiti in a number of locations including Belsize Park and shop fronts at around 23:30hrs on Saturday, 28 December.

No arrests have been made however enquiries continue.

Inspector Kev Hailes said: “This is clearly a concerning incident and one we are taking seriously.

“We have liaised with our partners in order to remove the graffiti and various enquiries are underway to find who is responsible.

“Officers will be on patrol throughout the area in order to provide some reassurance to local communities. Please approach us if you have any questions or concerns.

“I ask anyone who might have seen anything suspicious last night to call us and aid the investigation.

“The Met remains committed to tackling hate crimes in all its forms, and we will continue to work with our partners and the public to do so.”

Sickened by the anti-Semitic graffiti on walls all over Hampstead and Belsize Park this morning. All decent people across Britain stand with our Jewish community – and we must move heaven and earth to eradicate this racist hatred, which was unimaginable just a few years ago. pic.twitter.com/Pfr8ZBIJax

CST is aware of several examples of antisemitic graffiti in Belsize Park / Hampstead last night. If you have any information please contact Police on 101 & CST on 0800 032 3263 pic.twitter.com/JaeEnqTxZk

Met Police are investigating a racially-motivated hate crime in the Hampstead area after anti-Semitic graffiti was daubed on a number of locations including Belsize Park and shop fronts yesterday evening. 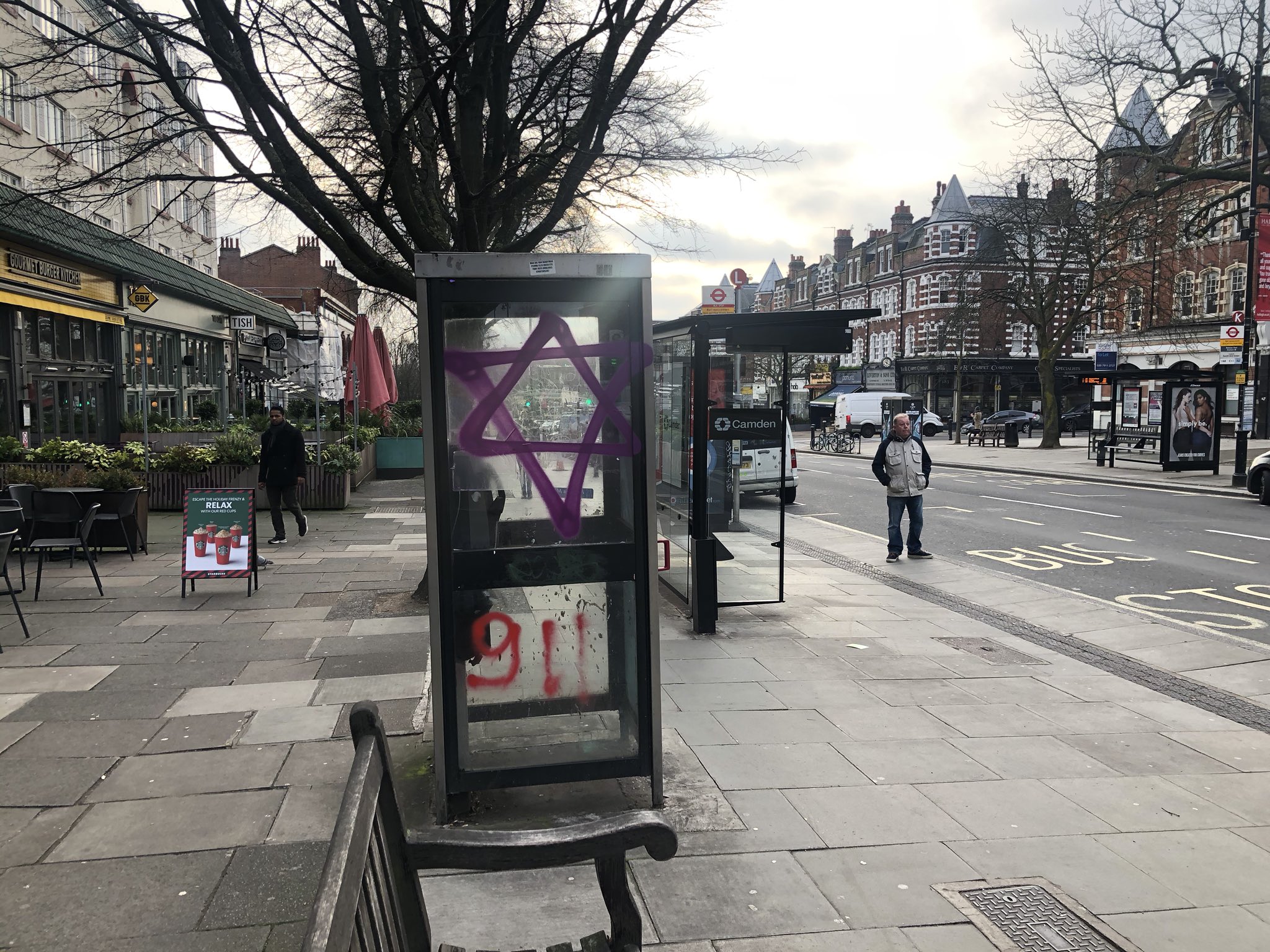 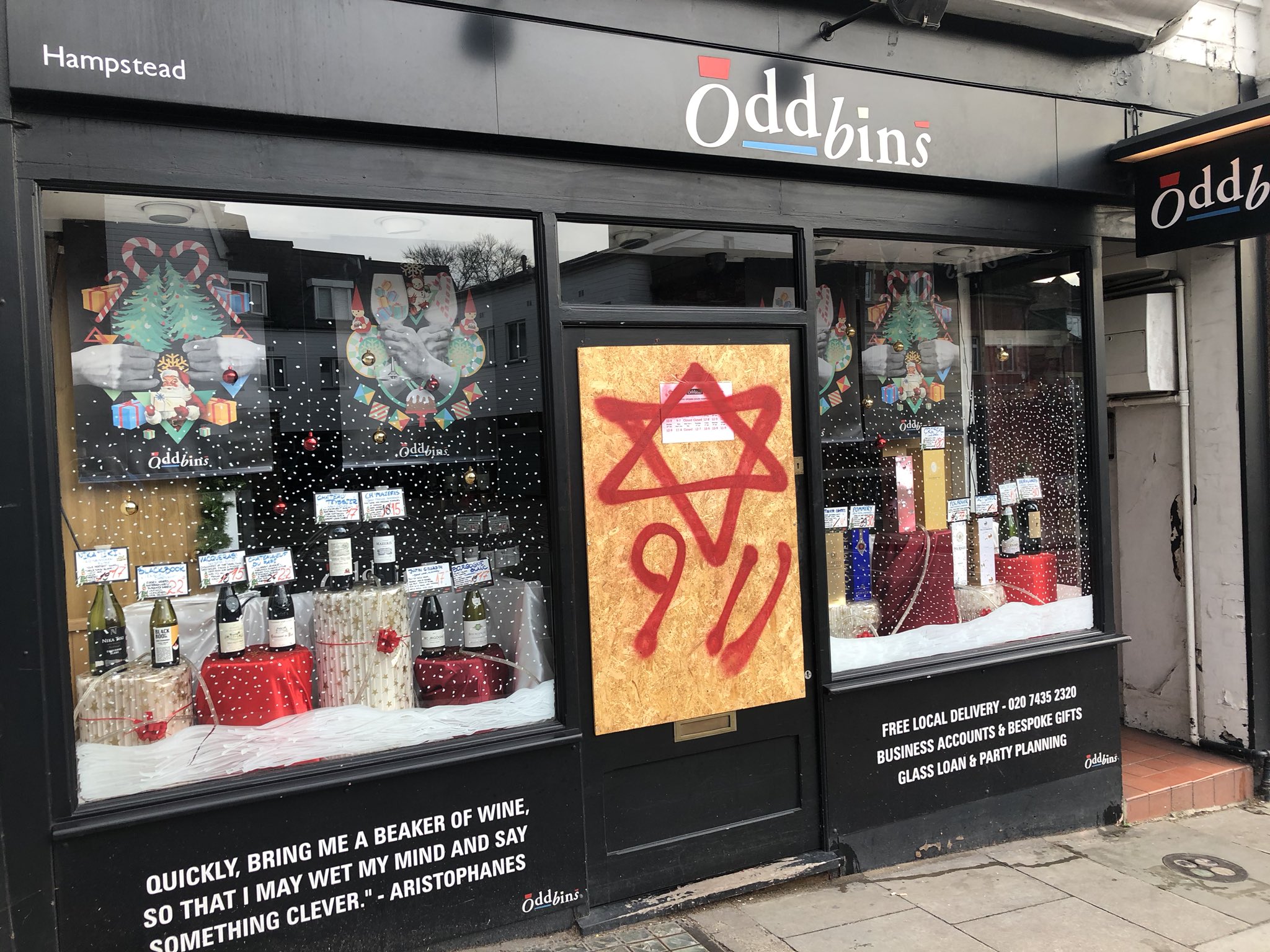 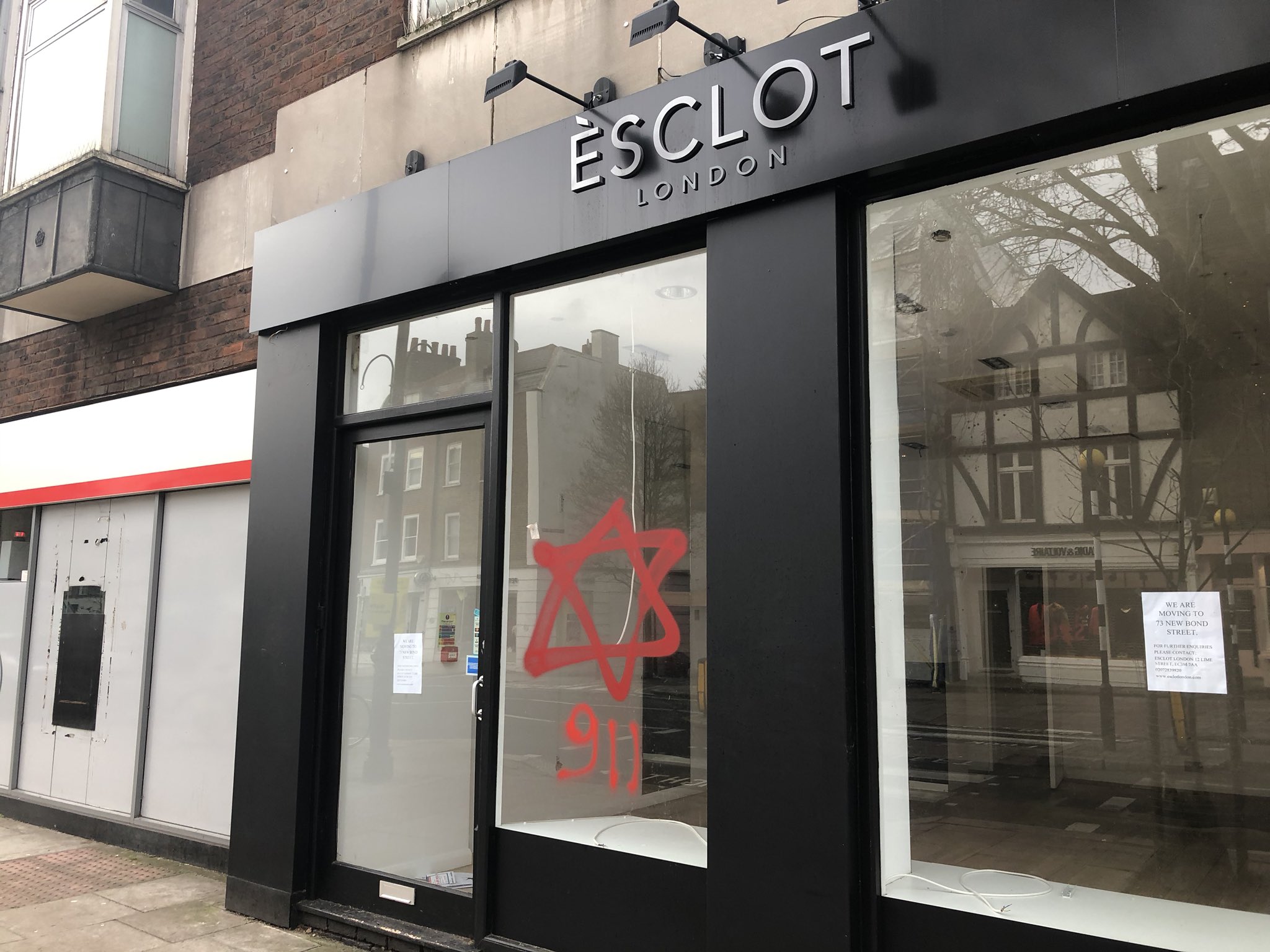 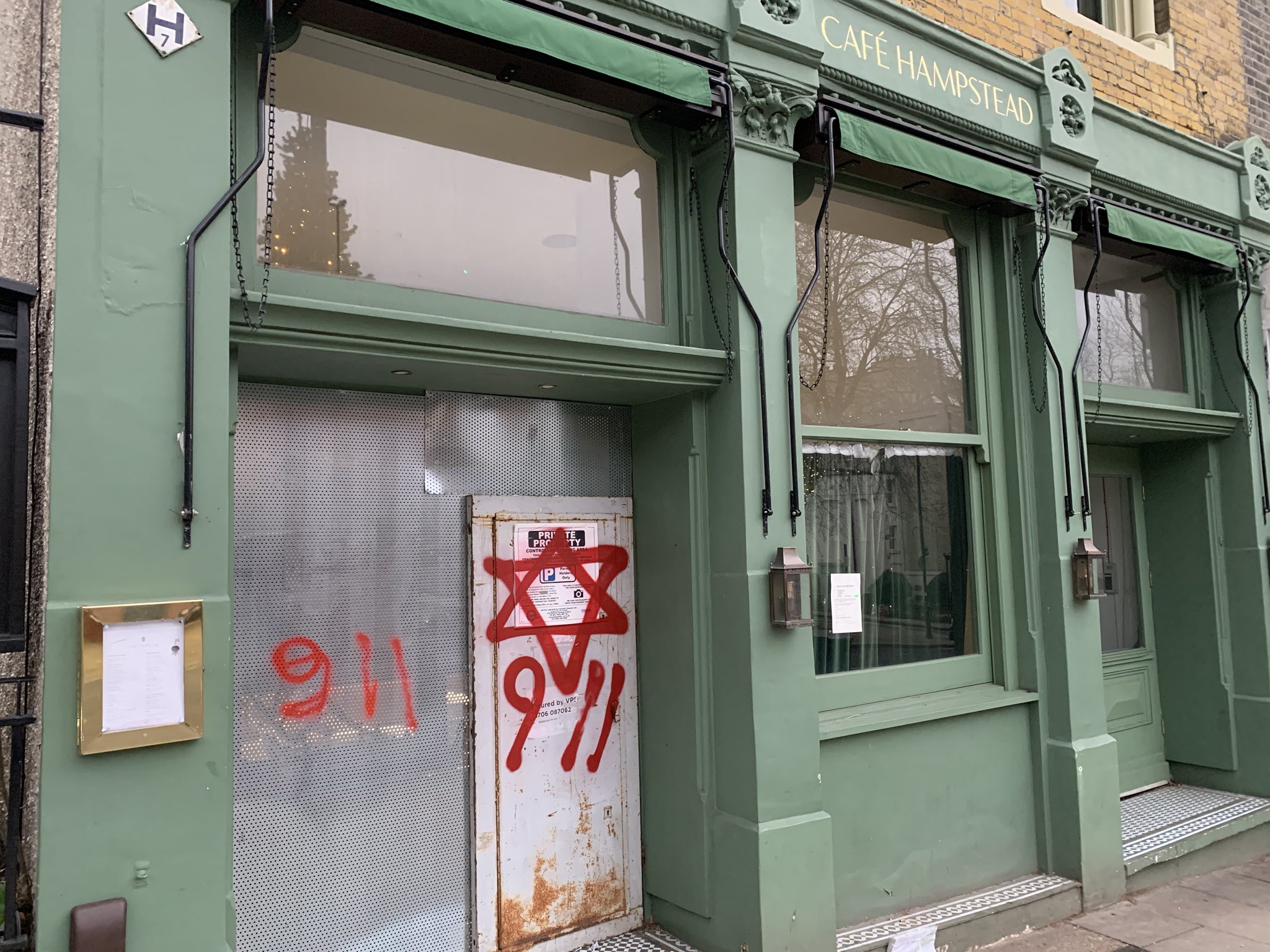