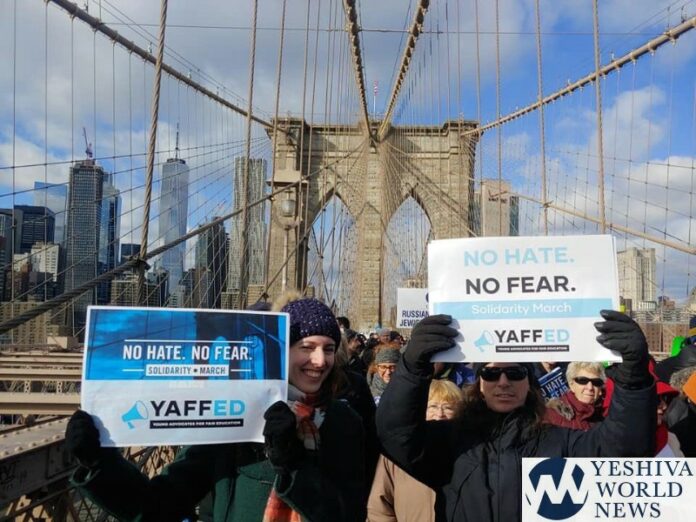 Today’s Unity rally was created to show Jewish solidarity, to bring Americans together for a common cause – the fight against anti-Semitism.

The need for the event is obvious: visibly Jewish people in the New York metropolitan area are attacked for their religious identity on a near daily basis, sometimes resulting in death, רח”ל.

Americans must unite to help destroy the bane of our society. Americans should march together to show our commitment to Religious Freedom.

Our community has a diverse spectrum of political beliefs. The progressive Jew is no less Jewish than the conservative one and vice versa. Political views do not define us.

Although we have different opinions about some very important issues, we all agree that attacking orthodox Jews for their religious identity is wrong. It would be wrong for us insist that only those who align with us politically can march with us in solidarity. That would defeat the point and send the wrong message. We are all against hate.

YAFFED as an organization has no place in this show of unity. They are directly responsible for the recent onslaught of negative press against Orthodox Jews, the very type of Jew that is victimized, bullied and the reason for this march. Headline after headline portray the Orthodox Jewish community as illiterate, a cult-like group that abuses their children by not exposing them to a public school curriculum. 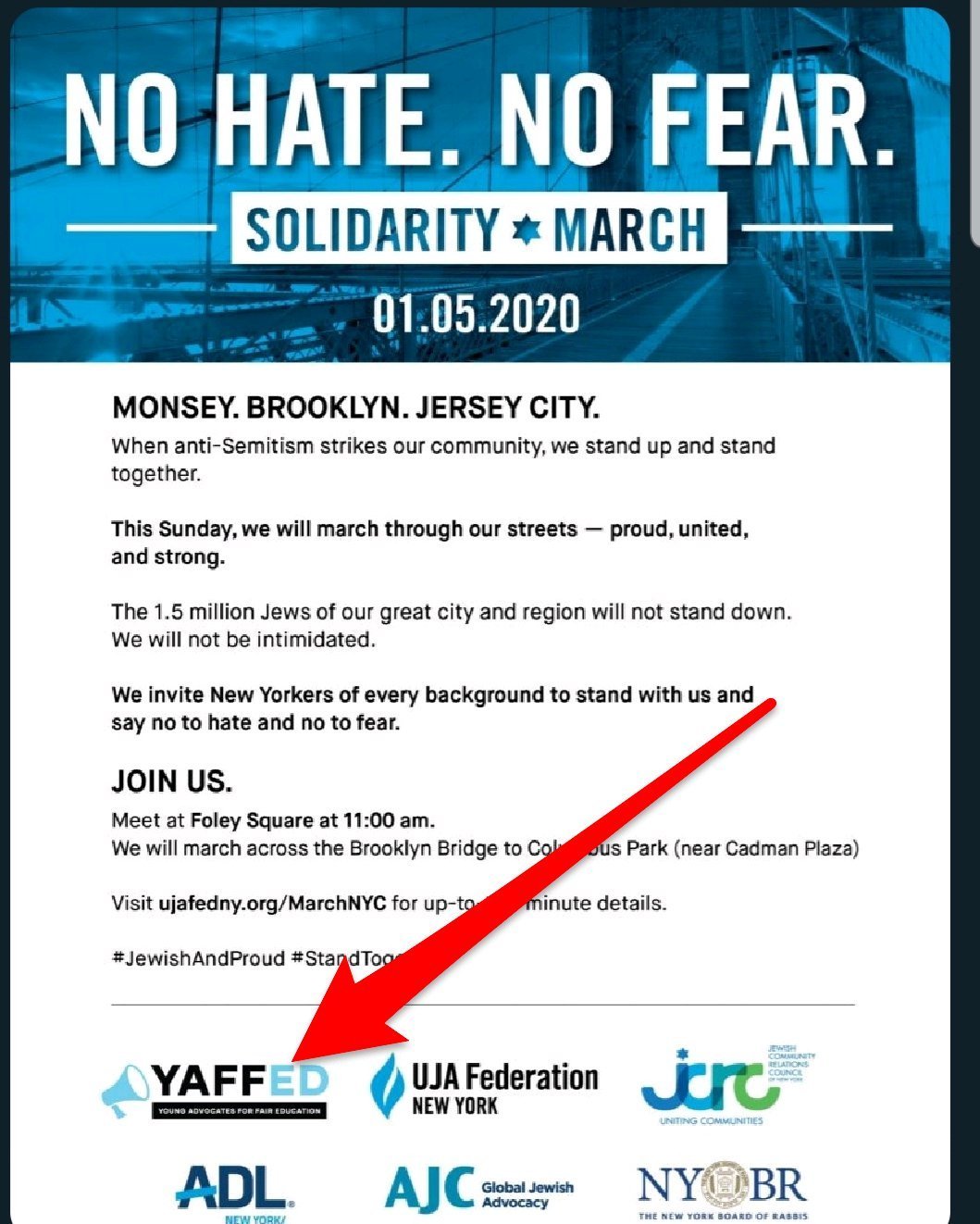 YAFFED not only co-sponsored the event, they used it as an opportunity to further their cause. During the event they encouraged participants to learn more about their work, to continue undermining our yeshiva education system. YAFFED proudly marched, holding their signs, declaring themselves “advocates” for orthodox education.

YAFFED isn’t our political enemy. They are a threat to our religious existence.

It’s a travesty to give YAFFED a platform in which they can claim solidarity with their religious brethren when their entire purpose is to tear us down. This isn’t just about a political difference; this is about lending legitimacy and aid to the enemy of the Orthodox Jew. 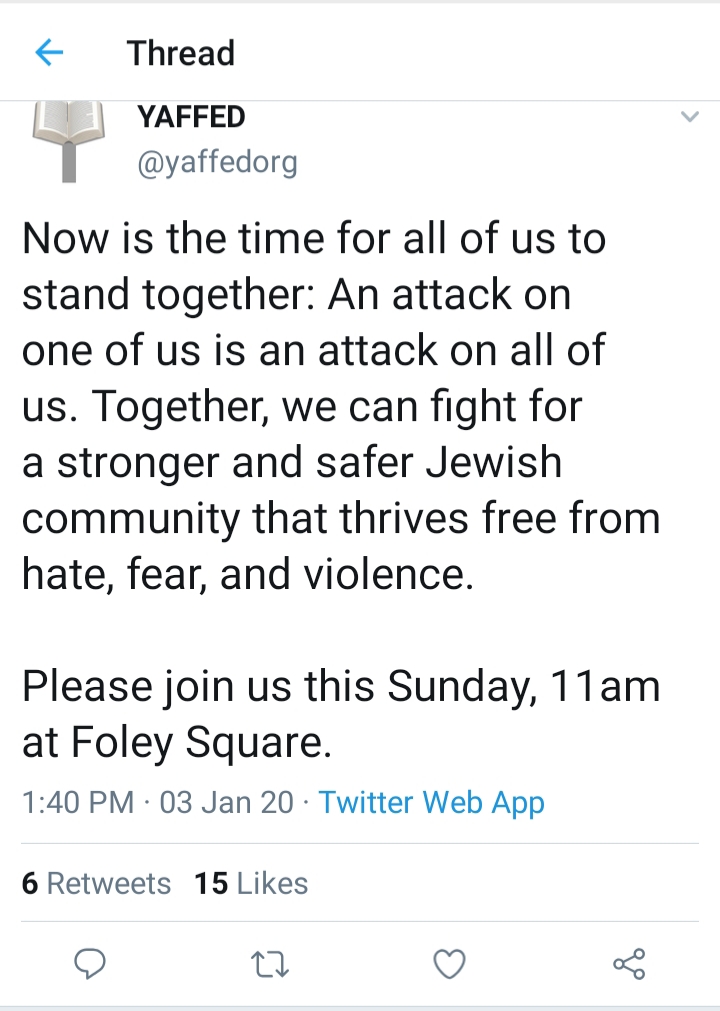 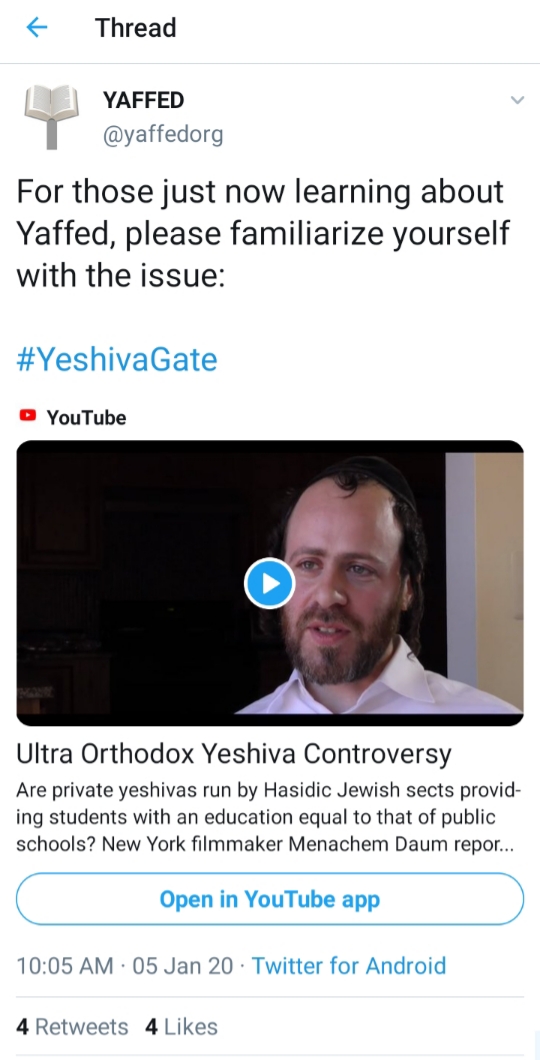