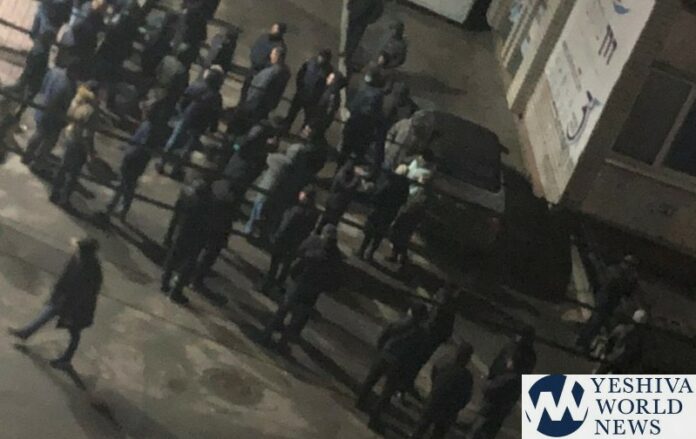 A group of about 30 Ukrainian thugs went on a rampage close to midnight on Friday night in Uman and mercilessly beat Jews outside the tzion of Rav Nachman.

Witnesses say that the Ukrainians were running wildly through the street looking for Jews with knives and clubs in their hands.

One Jew who spent Shabbos in Uman told Kikar Shabbos: “I returned from the kloiz and I see that they’re beating every Jew who ‘dared’ to look at them or say a word to them. It started with an insignificant dispute between one of the local Ukrainians and a Jew. The Ukrainian involved in the dispute called his anti-Semitic friends to come and beat up Jews.”

“The police did show up at the scene but didn’t lift a finger to help the Jews. They just stood by and watched what was happening, while the Jews were being beaten up. What they did do was prevent the dozens of thugs from entering the tzion.”

“Four Jews were taken to the nearest hospital on Friday night as a result of being beaten by the Ukrainians. On Motzei Shabbos they returned and the fighting is now at its height.”

Shlomi Elisha, director of “Shemira Ukraine” told Kikar Shabbos: “Due to the many incidents in recent months, we’re funding a commando unit which will protect us and our streets from the Ukrainian thugs. We have no more expectations of the Ukrainian authorities.”