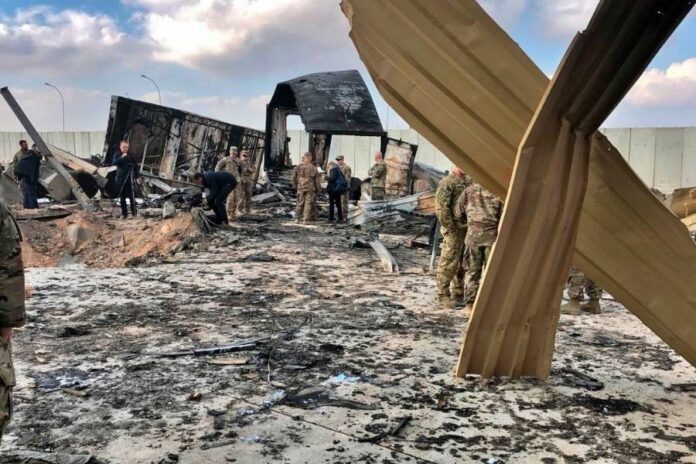 The US military acknowledged Thursday that 11 soldiers were wounded in an Iranian missile strike on a US base in Iraq, despite previously saying that there had been no injuries.

“While no US service members were killed in the Jan. 8 Iranian attack on Al Asad Air base, several were treated for concussion symptoms from the blast and are still being assessed,” a statement from the US Central Command said.

“Out of an abundance of caution, service members were transported from Al Asad Air Base, Iraq to Landstuhl Regional Medical Center in Germany for follow-on screening. When deemed fit for duty, the service members are expected to return to Iraq following screening,” the statement added.

Spokesperson for US Central Command, Capt. Bill Urban, said eight soldiers were transported to Germany and three were sent to Camp Arifjan in Kuwait for “follow-on screening.”

“As a standard procedure, all personnel in the vicinity of a blast are screened for traumatic brain injury, and if deemed appropriate are transported to a higher level of care,” Urban said in a statement.

At the time of the attack, most of the 1,500 US soldiers at the base had been tucked away in bunkers, after advance warning from superiors.

Top US officials, including US President Donald Trump and Defense Secretary Mark Esper said several times that there were no US casualties in the missiles strikes on two US bases that came as an Iranian response to the January 3 drone strike that killed senior Iranian general Qasem Soleimani in Baghdad.

Military officials explained the discrepancy, saying that their symptoms had only recently developed

“Symptoms emerged days after the fact, and they were treated out of an abundance of caution,” Pentagon spokesman Jonathan Hoffman told CNN. “We corrected the record today,” he said. The Office of the Secretary of Defense “learned about these injuries today and directed a statement go out immediately.”

Iranians fired a total of 16 missiles strikes, US officials said. Eleven hit the airbase, in Iraq’s western Anbar province, and one targeted the base in Irbil, in Iraq’s semi-autonomous Kurdish region. The missiles were described as likely short-range with 1,000- to 2,000-pound warheads. Four failed to detonate.

Iran had claimed 80 US soldiers were killed in the strikes.

October 26, 2020 1:57 pm
21
Once again, the NYC Health Department has been caught red-handed, writing a summonses to a totally empty Yeshiva building. In the video below, the viewer...