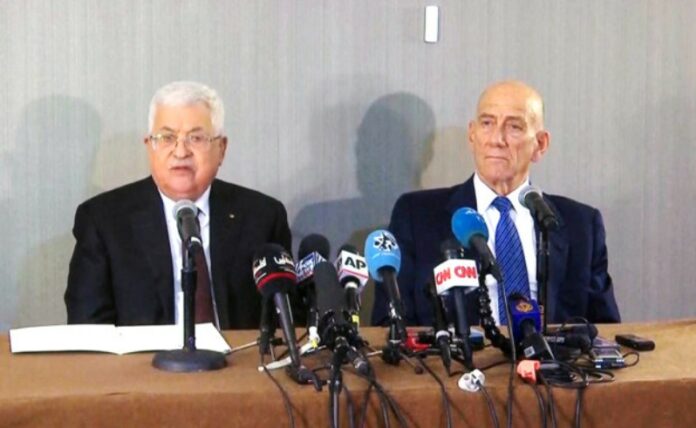 The televised address came just hours after Abbas said the U.S. initiative strengthens “the apartheid regime” during a fiery speech at the United Nations Security Council.

Olmert and Abbas held negotiations during the former’s term as prime minister. Olmert was forced to resign a decade ago ahead of a corruption indictment that later sent him to prison for 16 months.

In a nothing but laughable statement, Abbas said he “wishes to resume negotiations with you, Mr. Olmert, under the umbrella of the International Quartet.”

Perhaps Mr. Abbas needs to be reminded, that Mr. Olmert is no longer a Prime Minister. Additionally, he might need a reminder that it was he (Abbas) that walked away from those negotiations.

“The only partner in the Palestinian community that represents the Palestinian people and has manifested that he’s prepared to negotiate,” Olmert said at the onset of his speech. “Unfortunately, we didn’t reach an agreement,” he added, referring to the 2008 talks that ended abruptly after corruption charges against the former prime minister surfaced.

“He [Abbas] is a man of peace, he is opposed to terror and therefore he is the only partner that we can build [peace] with.”