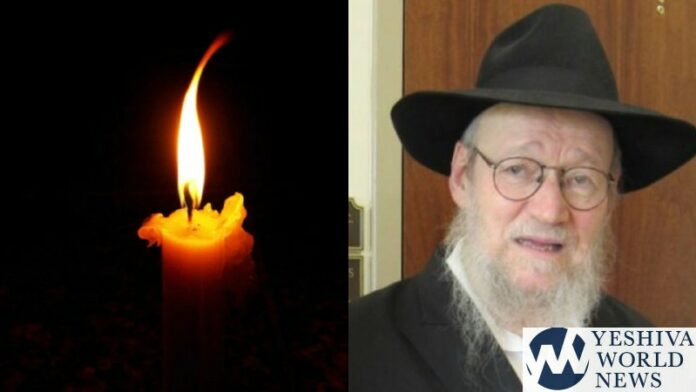 YWN regrets top inform you of the Petira of Hagaon HaRav Yaakov Schwei ZATZAL. He was 86. Sources confirm to YWN that he was Niftar from COVID-19.

The Niftar was a Posek in the Crown Heights community, as well as the oldest member of the Crown Heights Beis Din. He also was Maggid Shiur for many years at the Lubavitcher Yeshiva on Ocean Parkway in Flatbush.

He was born to his parents Rabbi Mordechai Eliyahu and Bunia Schwei in Finland, where his father was sent by the Frierdiker Rebbe to serve the Jewish communities there.