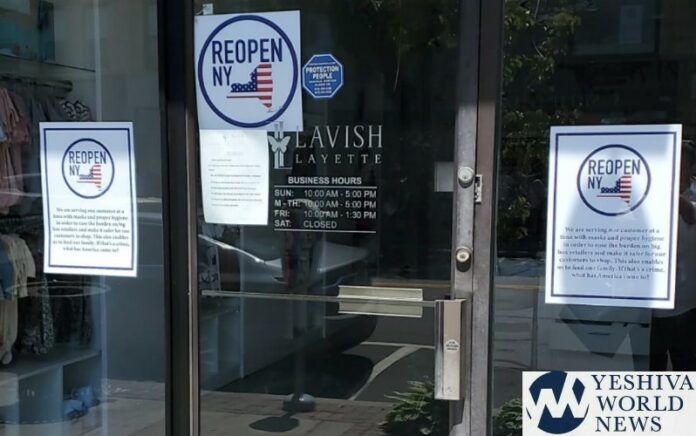 A movement of NY small businesses fighting for survival has grown into a pack of thousands of supporters and hundreds of businesses. Now, the group is planning to fight the system head on.

Beginning on Sunday morning, around 200 stores plan on opening in Boro Park, Williamsburg, Flatbush, Monsey and the Five Towns. Many will be opened on Sunday, and others to start on Monday. They will use extreme social distancing, some just curbside service, while others allowing one person at a time into their establishments. The are banded together under the name #ReopenNY

Organizers tell YWN that NY Governor Cuomo and NYC Mayor Deblasio are aware of the movement. The group has lawyers & is well prepared for legal action, including visits by the police.

While these businesses suffer, the large stores like Costco & Target remain open. Dozens of small-businesses have already announced that they will never reopen, and many others are gasping for air as they struggle to pay bills and survive. It is simply outrageous that the biog stores are permitted to have remained opened the entire COVID-19 pandemic as they are essential, while small-businesses – selling the very same items – were forced to close and in essence, out of business. 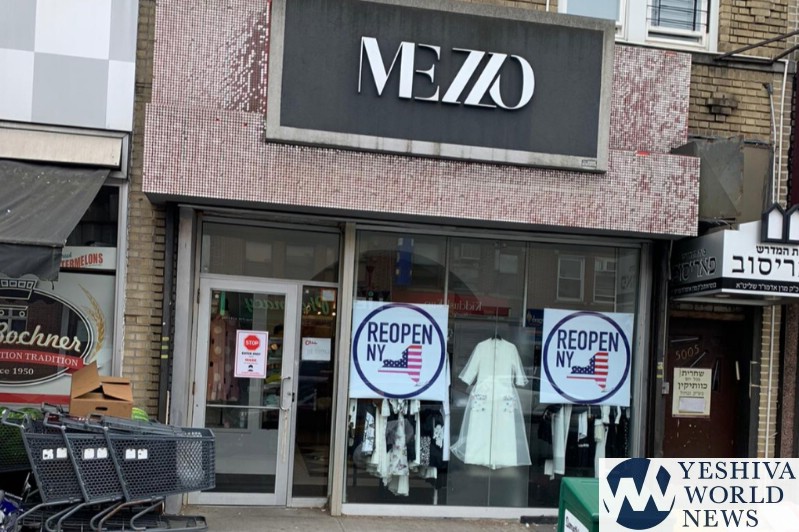 [As YWN published last week: NOTE: According to the Rambam, the highest form of Tzedakah is to give someone Parnasah. YWN implores our vast readership to please read this and try and help these THOUSANDS of small-business owners before it’s too late. Many small-businesses in the NY area have already decided to close for good as they will never recover from their financial losses over the past few months!]

The following is a recap of notes from lawyer, Ron Coleman, given to the participating store-owners if the police come to their door: 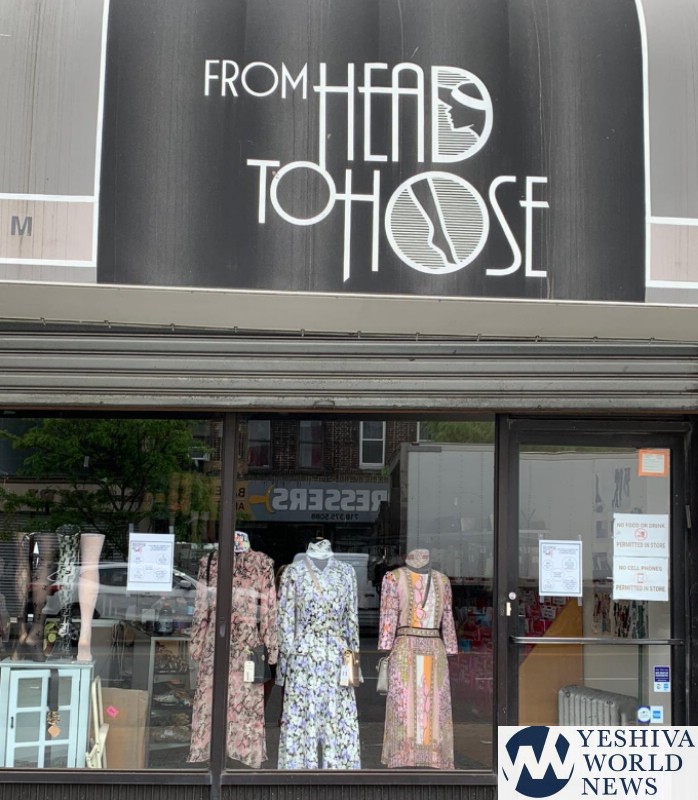 A. You DO have to let them in to your store.

B. No disobedience at all

C. You don’t have to answer any questions

D. You DO have to take the ticket

E. You do have to show them I.D.
Unless you don’t have I.D. So if you’re worried about scaring your employees, tell them to leave their ID at home.

F. Be polite and courteous to the police. Tell them that you understand that they’re doing their job, but you need to keep your business alive.

H. We have to look like model citizens, because we are yidden. Therefore, you MUST follow protocols on the poster. If you are not following these guidelines, you will dropped from this group, and the lawyer will NOT represent you. He made that very clear. We hired him as a group of stores that would follow the rules and that’s who he is representing. On a personal level, I can tell you that I will be standing outside my store and I will be controlling the crowd and letting people in slowly. Don’t let it get crazy in your store, or you will ruin it for everyone else.

I. Be courteous to the police. No confrontations at all. Thank them for their service. Don’t look like you’re fighting or resisting. Be nice and take the ticket.

J. Report back to the group if and when you get a ticket, and then we will get in touch with the lawyer to see how we proceed.

Stay safe and lots of Hatzlacha.