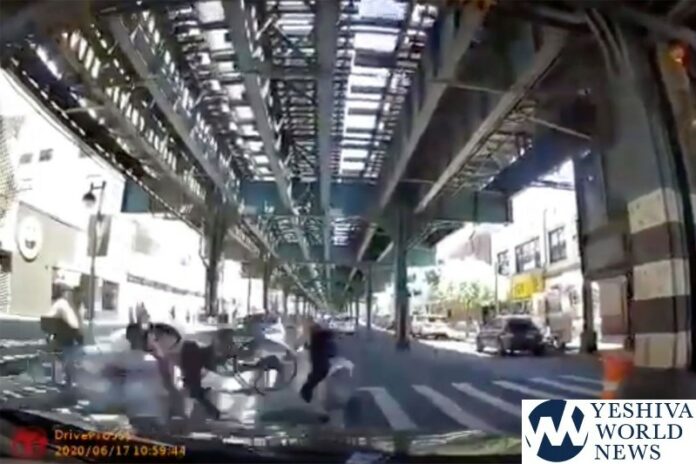 The video below is graphic, but miraculously, those injured suffered minor scratches and bruises.

Shocking dashcam video shows the moment a car plowed through pedestrians at a Bronx intersection on Wednesday before crashing onto a sidewalk.

The chaotic crash happened near Jerome Avenue and East Fordham in Fordham Heights around 12 p.m.

Video of the crash from a driver’s dashcam shows the white sedan speeding through the intersection as pedestrians and a cyclist cross the street.

The sedan then comes to a halt on a sidewalk after slamming into a parked vehicle and then a vendors cart.