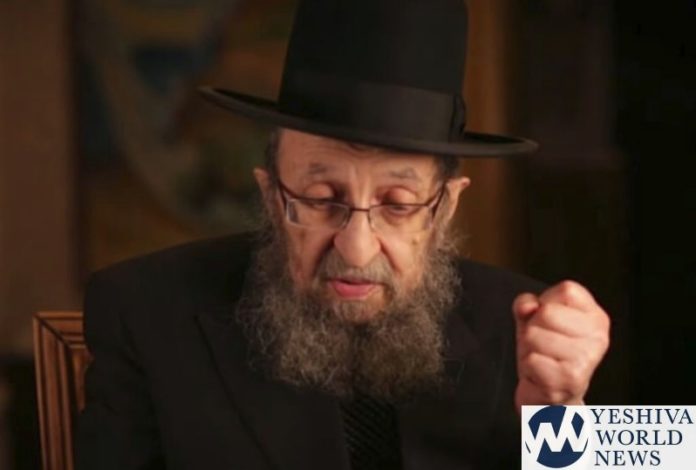 In a rare and historic statement regarding politics, HaGoan HaRav Shmuel Kaminetzky, the Rosh Yeshiva of Philadelphia and member of the Moetzes Gedolei Hatorah of Agudas Yisroel of America, gave an endorsement to President Trump for the upcoming elections during an interview with Yisroel Besser of Mishpacha magazine.

The Gadol said, “You see the matzav, the anarchy… it’s frightening. G-d has become a dirty word in much of America, religion and religious institutions are their enemy – we need Rachamei Shamayim. If Trump doesn’t win in November, it’s worrisome.”

After being asked on his possible endorsement of the president, Rav Shmuel reiterated that “Yes, I think people should vote for him. He’s done a good job. It’s hakaras hatov.”

Besser then asked the Rosh Yeshiva: “But what about the fact that the current president is sometimes less than a positive role model?”

“That has nothing to do with politics….That’s because he’s a gvir, a wealthy man. Ashir ya’aneh azus — wealthy, powerful people have a way of speaking and acting that is not refined. That’s not a reason not to vote for him.”

NOTE FROM YWN: CLICK HERE TO SIGN UP TO YWN STATUS TO RECEIVE ALERTS IN LIVE TIME!