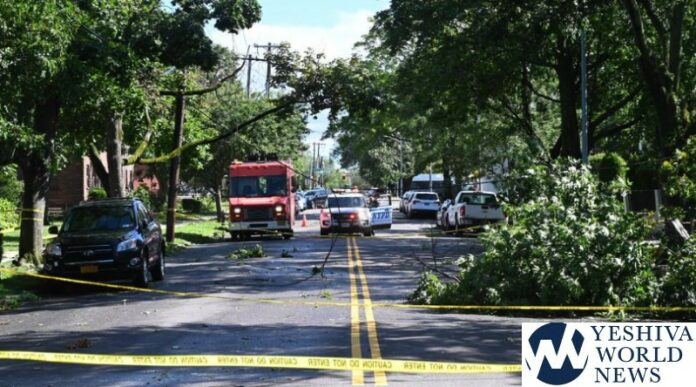 Tens of thousands of Con Edison customers in the city remain in the dark as crews work to restore power following the impact of Tropical Storm Isaias earlier this week.

A tweet from the company on Thursday morning said: “We are more than halfway there. Our crews have been working around the clock to restore power after Storm Isaias. As of Aug. 6th, 2020 6:00 AM, we have restored power to more than 160,000 customers.”

As of Thursday morning, Con Ed was reporting the following number of customers are still without power:

It’s the second-worst storm in the company’s history in terms of outages, behind Sandy.

Governor Andrew Cuomo on Wednesday said he will launch an investigation into the state’s largest utilities.