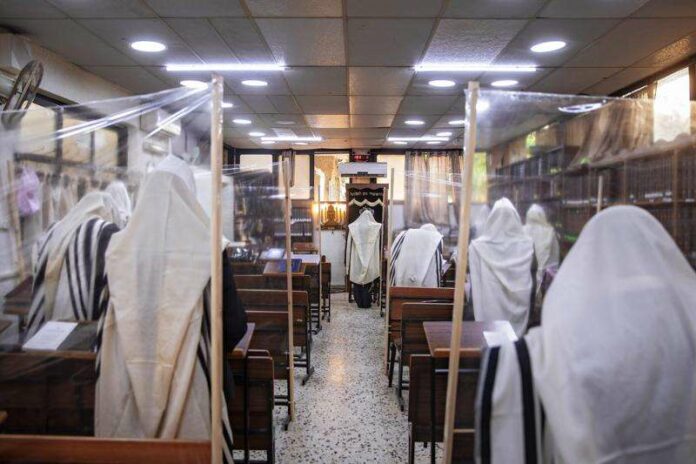 With less than one day before the hermetic closure of Israel, the number of Corona cases still continues to spike. On Thursday 6,883 new Covid-19 cases were confirmed, and the total number of people to have contracted the virus since March rose significantly to 209,635.

With between 50-60,000 people a day being tested for the disease, the percentage of positive cases still hovers at approximately 10 percent of the total. The current number of active cases in Israel is 59,842, but perhaps more shocking is the breakdown of that number into population centers.

According to the IDF Intelligence’s bureau of information, the capital of Jerusalem has 6,336 sick patients with the virus, while other cities with a large Chareidi population, have a similarly high number of people per capita sick with the disease. In Bnei Brak, there are currently 3,332 people with the disease in a city that has less than a quarter of the population of the capital. Over the last week alone, 1,787 people were confirmed to have contracted the virus in Bnei Brak. Jerusalem’s statistic is equally worrisome, as of the 6,336 some 3,469 of them contracted the virus within the least week.

Beitar Illit has 796 people who currently have the virus, with 571 of them contracting the disease in the last seven days. Modi’in Illit has 1,335 confirmed cases and 818 of them are from the last week. Ashdod, which also has a large Charedi population, has 2,369 confirmed cases, and 1,427 of them came in the last week. As the numbers in the Charedi population and the Muslim population continue to rise, local leaders are struggling to cope.

While the number of active cases is rising across the entire country, and not just in Chareidi or Muslim population centers, the numbers in other locales are far lower for the most part.