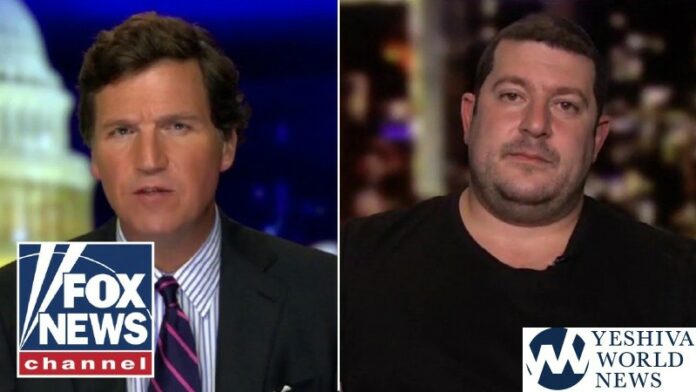 Mixed Greens Cafe, a Kosher restaurant in the Gravesend section of Brooklyn, was one of the hundreds of businesses in the “Red Zone” visited by inspectors this week. But Mixed Greens received a citation for having their doors open, and doing takeout ONLY – as required by regulations.

A viral video tweeted by NYC Councilman Chaim Deutsch showed the manager of the restaurant arguing with the inspector over why he was being issues a summons if his doors were open.

Online viewers quickly came to the restaurant’s defense, asserting that the inspector had wrongfully issued the summons.

On Wednesday night, the owner of Mixed Greens, Jacob Green, was interviewed on Fox News by Tucker Carlson.

Green says the outpouring of support was overwhelming, with many people ordering online and patronizing the store.

Green thanked Councilman Deutsch for being instrumental in having the summons rescinded.

WATCH THE INTERVIEW BELOW:

Very pleased to report that the summons that had been issued to @Mixed_Greens_NY has been REMOVED. Thank you to all the supporters, to @Pinnyringel, & to the owners of Mixed Greens for their courage.

We have shown that as a community, we can and will stand up against injustice! pic.twitter.com/IwmpMk06nH

The outpouring of support has been tremendous!!! We really appreciate it!!!

Thank you so much!! We hope we can turn this in to a blessing. Business has been rough since the start of the pandemic and what happened today was really just heartbreaking but the support has been awesome!!