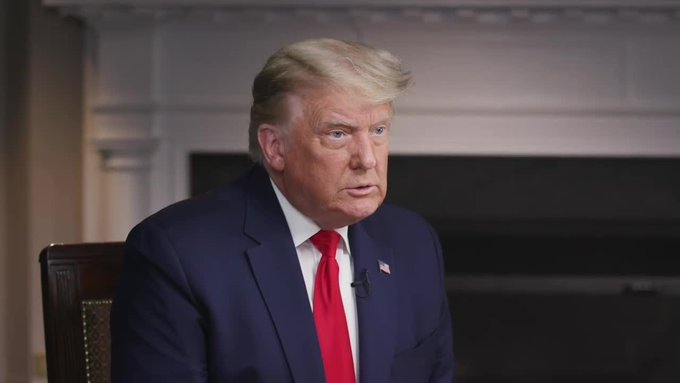 President Donald Trump followed through on his threat, or promise, to release video of his interview with CBS News journalist Leslie Stahl before it is set to air on “60 Minutes” on Sunday night.

Trump was interviewed by Stahl at the White House on Tuesday, but abruptly ended the interview after 45 minutes, declining to participate in a scheduled walk-and-talk that would have included vice president Mike Pence as well. Later that day, he said on Twitter said that he was “considering” posting the White House’s copy of the video interview, “so that everybody can get a glimpse of what a FAKE and BIASED interview is all about.”

On Thursday, Trump tweeted a link to about 37 minutes of the interview after CBS earlier Thursday released segments that it said occurred right before the president abruptly ended the discussion.

“You’re so negative,” Trump said. “You just come in here with this negative attitude.”

WATCH THE INTERVIEW BELOW:

Look at the bias, hatred and rudeness on behalf of 60 Minutes and CBS. Tonight’s anchor, Kristen Welker, is far worse! #MAGA https://t.co/ETDJzMQg8X