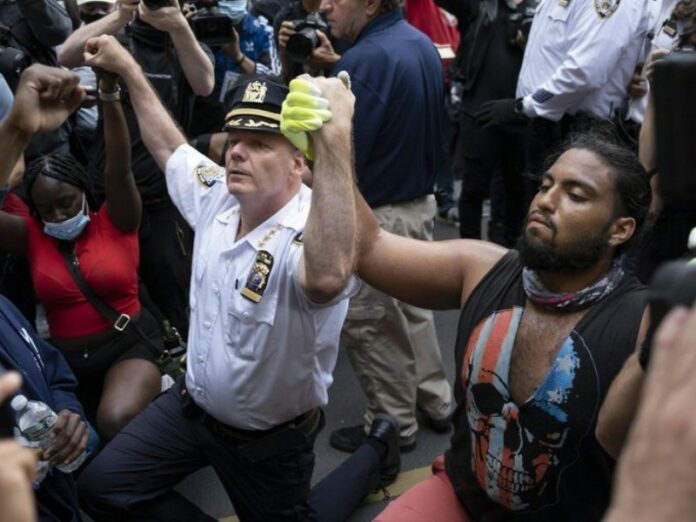 Once again, the Socialist Mayor of NYC, the Honorable Bill DeBlasio showed his true colors as the hypocrite he has always been.

On Motzei Shabbos, a video went viral on social media of an NYPD vehicle using their loudspeaker saying “Trump 2020.”

On Sunday morning, the Mayor was quick to take to Twitter to say “Let me be clear: ANY NYPD Officer pushing ANY political agenda while on duty will face consequences. We will act fast here, and this will not be tolerated.”

But DeBlasio never said anything when the The highest-ranking uniformed member of the NYPD, Chief of Department Terence Monahan took a knee to show his support for Black Lives Matters protesters at Washington Square Park in Manhattan.

Mayor de Blasio spokesman Bill Neidhardt said an investigation launched Sunday will be completed by the end of the day.

“We will have quick consequences today that will send a clear message,” Neidhardt said. 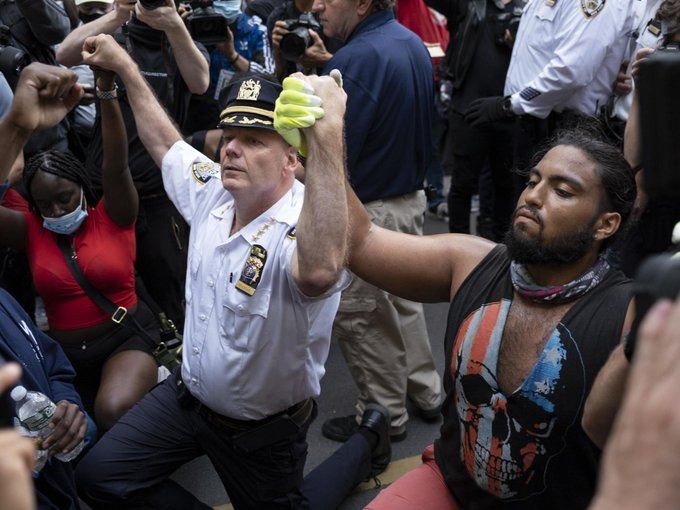