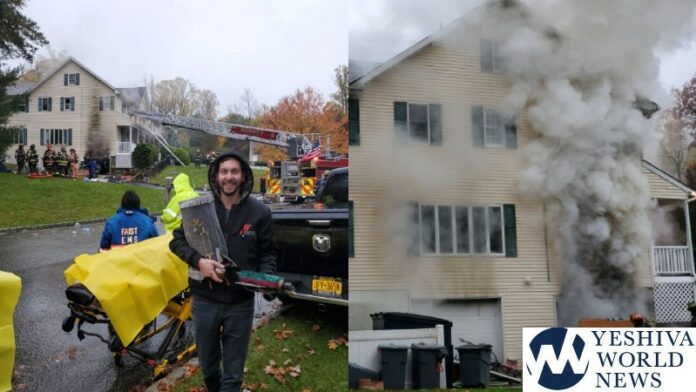 A fire broke out in the basement of a home in Chestnut Ridge, Wednesday morning.

The fire department was on the scene at around 10:00AM at 4 Wannamaker Court, after receiving calls of a working structure fire.

The first floor of the home has a Shul inside. All the Sifrei Torah were B”H saved, and the fire was brought under control thanks to the fast response by the fire department.

There were no injuries reported.

The homeowner is Rabbi Benzion Klatzko, a well-known individual in the Kiruv movement. He is also the founder of Shabbat.com,  the world’s largest Jewish social network, helping people find Shabbos meals.

The Klatzko home once burned down before Pesach, and Rabbi Klatzko made the following video about that story: