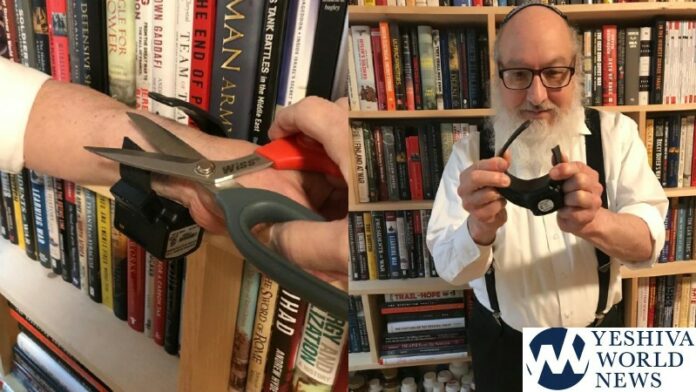 Following the the lifting of parole restrictions on Jonathan Pollard this past Friday, Esther Pollard cut the GPS tracking devices off his arm.

In a statement to the press, Pollard said the following:

“Thirty years ago, my beloved wife Esther found her way into USP Marion, the highest security prison in the United States, where I was languishing in a dungeon cell three stories underground behind 13 locks and keys.

“Esther reached out and cut the shackles off of my heart and restored my soul to life. That is when the fight for my freedom began in earnest. Fast forward 35 years.

“Today, Esther, fearlessly cut the GPS device off of my wrist, restoring me to almost complete freedom.”