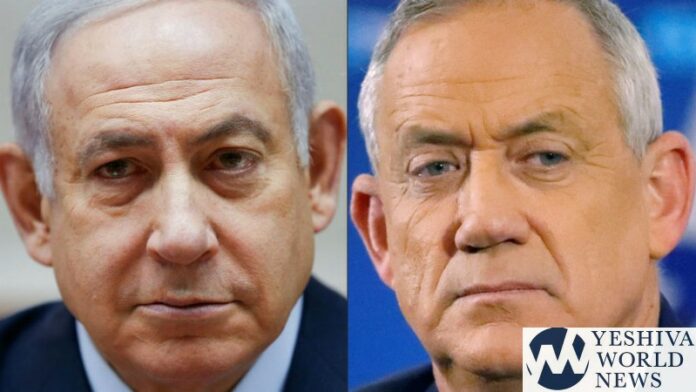 Due to the fact that Israel’s current government could not get a budget passed, the Israeli Knesset has officially been dissolved and a new round of elections has begun in Israel, the fourth in less than two years. To kick off the election cycle properly, Israel’s Prime Minister Binyamin Netanyahu attacked the Blue and White party and it’s leader Benny Gantz in comments made on Tuesday night, just as soon as it was final that the country would go to elections.

The comments were made at a press conference that was held on Tuesday evening after the deadline passed for the budget to be ratified. Netanyahu blamed Blue and White for forcing Israel into a new election cycle due to their unwillingness to allow the budget to pass. Currently, Israel hasn’t had an official budget for more than three years.

“I didn’t want these elections. We voted time and time again against new elections, including last night. Sadly, Gantz reneged on agreements that were made between us and that is what is dragging us to yet another round of elections. This is happening because of an internal conflict inside his party. He is reneging on agreements because he is being stubborn with regard to allowing Nissenkorn to carry on with a dictatorship of appointing left-wing officials who are trampling the will of the people. We cannot allow this to continue to happen. If we will be forced into another election cycle, I promise you all that at the very least, we will win. The Likud will bring about a huge victory in the upcoming elections for two reasons. The first being that the majority of Israeli citizens see our accomplishments and our many achievements. We have brought millions of vaccines to the country. We have brought historic peace agreements. We have baffled and stifled the Iranian enemy. And we have turned Israel into one of the leading economic forces in the world.”

“The second reason that we will be victorious is that the options are clear. We will either have a Lapid led left-wing government or a full right-wing government. Only the people will decide.”

Netanyahu added that no one will be able to form a government without him unless they include the left-wing. “One thing we know is clear. No other politician will be able to form a government without including Yair Lapid and the left-wing. They can make lots of right-wing slogans, but they have no other option than to include Lapid and his left-wing party. The only way to bring about a right-wing government, to bring about the dreams of the right-wing, is to vote for Likud.”

The Blue and White party issued a statement during Netanyahu’s press conference that said: “The person who has been accused of three different felonies is now dragging the country to its fourth election. If there were no impending trial, then Israel would have had a budget and there would be no need for elections.”

Head of the party Benny Gantz issued a statement on Twitter that said: “There are more lies in Netanyahu’s words than words. Netanyahu is the one responsible for bringing this new election about for the sole purpose of keeping himself out of court. Any other interpretation is simply a shtick or trick. We joined the government last year in order to protect democracy in Israel. Every speech like this just strengthens the need to do exactly that.”