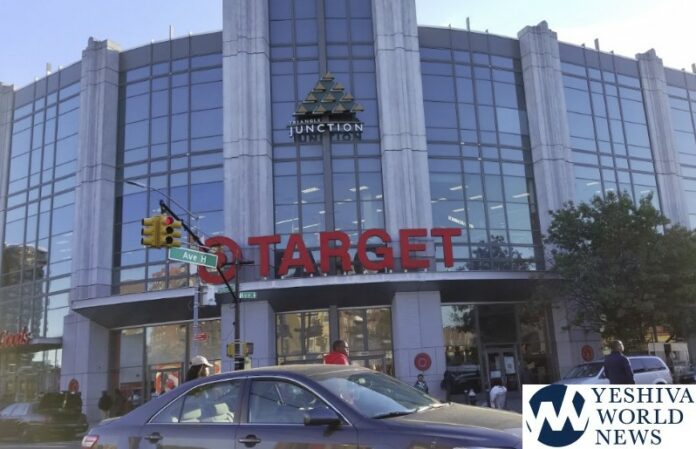 Diversity and Inclusion and Getting Assaulted in Target: Has the Pendulum Swung Too Far the Other Way?

I was shopping with my wife at a Target store in Brooklyn, NY yesterday on Flatbush Ave. As we were headed out, my wife went to the checkout line to pay and I headed to the restroom. We were perhaps 25 feet from security at the front of the store. A women with a shopping cart at an angle going the “wrong way” blocked my natural path so I went in the opposite lane of shopper traffic. I attempted to pass two African American men in the other “lane” by going all the way to the outside. I don’t believe I was going fast and believe there was a fair amount for room for everyone to fit-but as I passed them, one of the men quickly raised one of his elbows like a weapon and thrust it quickly and forcefully into my nose, breaking it in two places. The assailant yelled something at me, but I was so dazed and my glasses were askew and there was blood in my mouth that I couldn’t hear what he said.

I headed to security at the front of the store by the escalator to report the incident and my assailant turned the other way and went shopping in the store. I reported the incident to security (African American) as to what had happened and that my assailant was still in the store and what he looked like. There were several other Target employees who appeared (all African American). They told me they couldn’t do anything and that I should call 911, which I did as my nose bled heavily. They looked disinterested at best. They didn’t ask me to identify my assailant who was still in store or what happened and whether there was any altercation or any who/what/where/why about the incident.

While I was with security, I saw the other man that was with my assailant and he stopped briefly to talk with us. He knew the assailant. At this point, my wife was with me as were several other women from the community. We tried to get security to stop and question the other man-but they wouldn’t do it. Finally, the assailant himself appeared again as he was walking out of the store. I pointed him out to security, but they just ignored me. They said that this was solely a police issue and that they wouldn’t get involved. The police showed up and took a statement, they checked the security footage and verified it was an assault and then they left. I don’t believe they even questioned Target security. Unfortunately, I should have been even more vocal and made a scene-but I was dazed with a broken nose and wasn’t feeling well. I blacked out not long after the paramedics arrived.

My experience raise several troubling questions in light of race issues, security and law enforcement in this country and whether in light of sensitivity over race, we have allowed the pendulum to swing too far the other way in that the law isn’t enforced against certain portions of the population in name of race equality. Potential lawbreakers in these demographic know this. Additionally, this only reinforces stereotypes and biases, which helps none of us.

Target isn’t obligated to have security, but they do. Would they have treated the assailant differently and tried to apprehend him if he stole a plasma TV? Or would they have asked someone else to call 911?

I am a white male. The store security personnel were all African American and the assailant was African American. Would the response have been different if the assailant was a large white man and victim an older African American grandmother? Is Target security trained? If so, were they incompetent or was their indifference and apathy towards the incident by design? Target corporate literature makes it very clear that they take diversity seriously and have corporate goals to hire people of color. However, did this diversity and inclusion backfire in the worst way if their security selectively decides when to make an issue of something and when not to and was their lack of response race related? Target employees didn’t elbow me in the face, but the logical conclusion of their response towards the matter suggests that lawbreakers of certain demographics feel emboldened to commit crimes in Target stores because they know they will get a free pass.