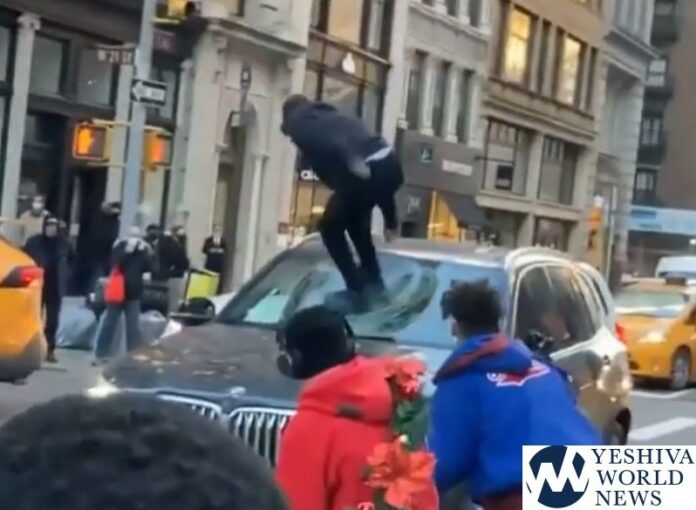 If anyone still has any question what NYC has descended into under the leadership of Socialist Mayor Bill DeBlasio, one just need to see the attached videos.

According to eye-witnesses who took to twitter to report what they saw, it happened on Tuesday when a large group of youths on bicycles shut down traffic at 5th Avenue & 21st Street in Manhattan.

The car had Physician license plates and was occupied by a son who was taking his elderly mother to see the X-mas lights in Manhattan. The pack of thugs reportedly hung onto the moving car to “catch a ride” when the driver slammed on the brakes, causing one rider to crash. That is what apparently sparked the violent attack.

Watch how the group began banging on the windows, the hood and doors. One youth takes his bicycle and slams it into the hood of the BMW, while another two jump on the windshield – smashing it.

The NY Post says the group reportedly did the same thing to a a a short while later.

The NYPD is looking into both incidents.