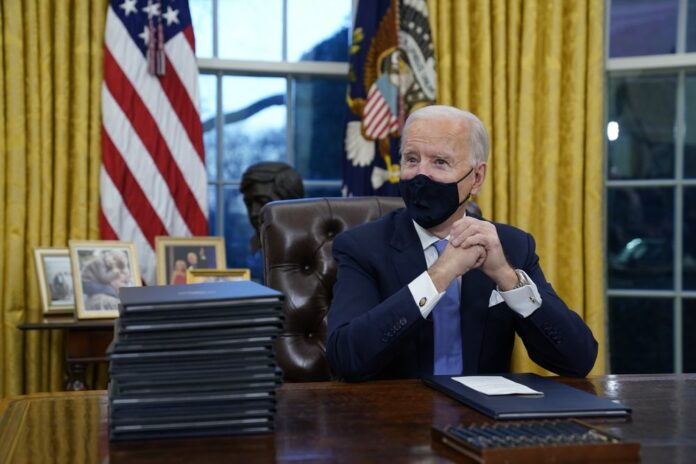 Speaking from behind the Resolute Desk, Biden said he would not reveal the contents of the letter out of respect for former President Donald Trump.

“The President wrote a very generous letter,” Biden said. “Because it was private I will not talk about it until I talk to him.”

Meanwhile, Biden signed a total of 17 executive orders and actions in the Oval Office on Wednesday evening. The orders will overturn several Trump-era orders, and were diverse in their impact, ranging from a mask mandate on all federal property to revisions of directives introduced by former President Donald Trump, including halting the construction of a wall along the U.S.-Mexico border.

Biden’s first orders also recommitted the U.S. to the World Health Organization, ended the so-called Muslim travel ban and asked for an extension of a student loan payments pause.

The new president plans to sign several other orders throughout his first week in office; the White House is expected to announce subsequent orders in the coming days.

One of those executive orders was to rejoin the U.S. into the Paris climate agreement – “as of today”.