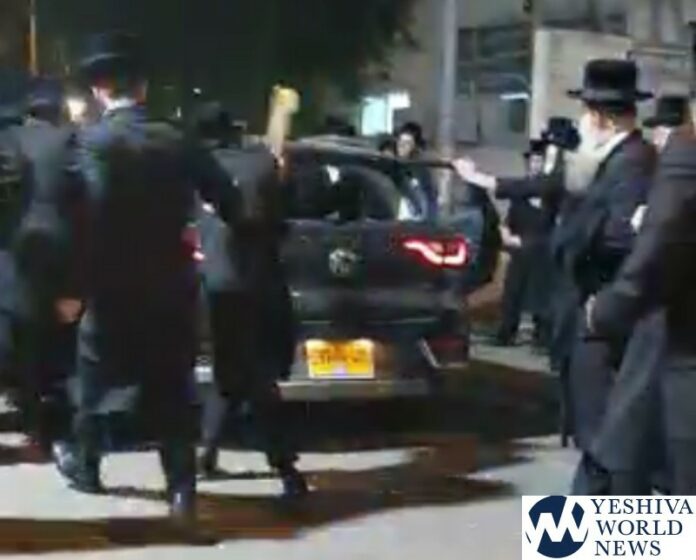 A shocking incident occurred in Banei Brak on Thursday evening, and police are responding in force.

Sources tell YWN that undercover police officers were spotted inside the Vishnitz Merkaz (Reb Mendel) building on Ezra Street near Shlomo Hamelech Steet for some type of COVID enforcement. Infuriated that Police were inside the building, dozens of Bochrim chased the two police officers outside and physically attacked them. They then began violently attacking the police car.

Shocking footage has emerged of the attack, as the Bochrim used wooden sticks to smash the windows, break the mirrors, and try opening the door and dragging the officers out.

The officers managed to drive away, and are being treated in a hospital for injuries.

A short while later, hundreds of officers in riot gear entered the area, and are now inside Vishnitz investigating the incident and looking for the suspects. Police are seen on many streets, some using flash bang devices as the operation continues.

This is not the first violent incident involving boys from the Chassidus.