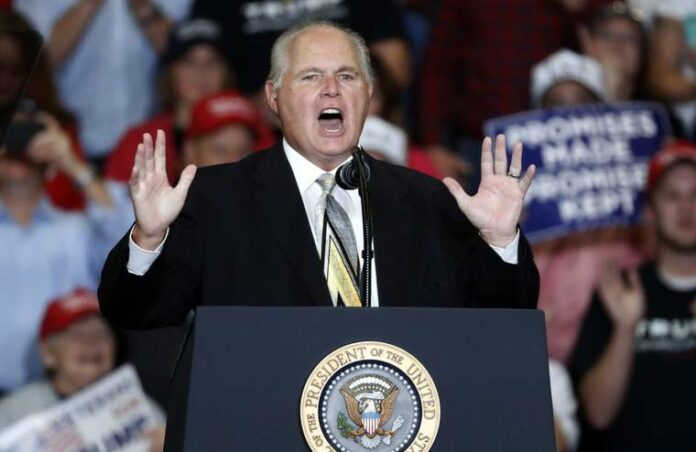 Former President Donald Trump called in to Fox News Wednesday to offer his remembrances of conservative talk show host Rush Limbaugh, who died at the age of 70 after being diagnosed with stage-four lung cancer last year.

Trump, who had not given a formal interview since before the deadly Jan. 6 riot at the U.S. Capitol, repeated the false claim that the 2020 election was stolen from him – and said Limbaugh believed that it was, too.

“Rush thought we won, and so do I,” Trump said. “I think we won substantially.”

“You don’t know how angry this country is,” Trump added. “We should have had it.”