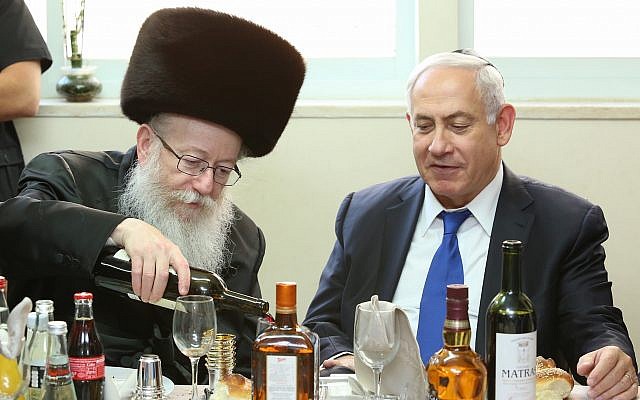 In an effort to rebuild the right-wing bloc of parties that aided him in previous elections, Prime Minister Netanyahu succeeded at securing an agreement from both of the Charedi parties UTJ and Shas, that they would only support a government being led by the Prime Minister.

Both parties signed an agreement that they will not independently join a government led by any party other than Likud after the March 23rd elections.

Netanyahu had been pressuring Betzalel Smotrich and his Religious Zionism party to sign the document as well, but Smotritch refused to do so, claiming that previous such agreements failed to produce right-wing governments.

In a statement issued to the press, Smotrich’s party said.“Our only loyalty is to [our] path and values, and we will only be part of a government that expresses them.”

However, Netanyahu did get Smotrich and his party to sign an agreement stating that they would recommend Netanyahu to be the one to form the next government.

Yamina, lead by Naftali Bennett, did not sign any agreement, as the leader has campaigned hard against the Prime Minister’s handling of the Coronavirus pandemic.

According to current polls, the emerging bloc, will not have enough seats to form a government on its own, and will need at least one or two other parties to join with them to form a government. It does further complicate efforts for either Yesh Atid leader Yair Lapid and New Hope leader Gideon Sa’ar, who are expected to have the second and third largest parties after the upcoming election to form a government.

Should these parties perform well on election day and the right-wing bloc refuse to budge, the country could well be headed for a fifth election in under three years.