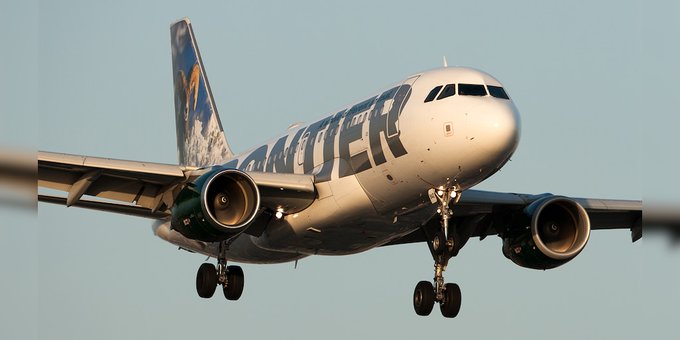 Following the publishing of the incident involving the Frontier Airlines flight last night, the airline reached out to YWN with a statement with a request to publish it.

YWN immediately responded with the following email and have yet to hear a response:

“We will gladly publish your update. What about the numerous eye-witnesses who went on public video to give testimony about the flight attendants “high-fiving” about kicking a bunch of Jews off the aircraft. And telling each other “great job”. Any comment about that Looking forward to a response.”

The airline has ignored our question.

YWN finds it shocking that the airline failed to even make mention in their statement of the following video, where multiple passengers give testimony about the flight crew being anti-Semitic. At the very least, the airline could of said they looked into it and are disputing their claims, or simply say they are looking into it. Instead, they chose to totally ignore it.

Below is the statement that the airline requested YWN publish:

“Earlier this evening, while flight 2878 from Miami to New York-La Guardia was preparing for takeoff, a large group of passengers repeatedly refused to comply with the U.S. government’s federal mask mandate. Multiple people, including several adults, were asked repeatedly to wear their masks and refused to do so. Based on the continued refusal to comply with the federal mask mandate, refusal to disembark the aircraft and aggression towards the flight crew, local law enforcement was engaged. The flight was ultimately canceled. Frontier Airlines and U.S. government policy mandate that all passengers over the age of two, other than those with a recognized ADA disability that prevents them from wearing a mask, must wear a mask while onboard an aircraft. To be clear, the issue did not stem from a child under the age of two.

There are videos & eyewitness accounts that directly refute your position. Your staff took a manageable situation & embarrassed these people & then high five'd it. Your discrimination has been exposed & its ugly. An apology & crew suspension is a good start. Make this right. https://t.co/NLKvnAC69V

Meanwhile, the incident has since become National headlines. Many major organizations and elected officials are calling for a full investigation into what happened.

This video is extremely upsetting and its proximity to recent similar incidents signals an alarming and disturbing trend. I am asking @SenSchumer to conduct a full investigation to ensure the rights and safety of ALL passengers. https://t.co/WgNyun3wc6