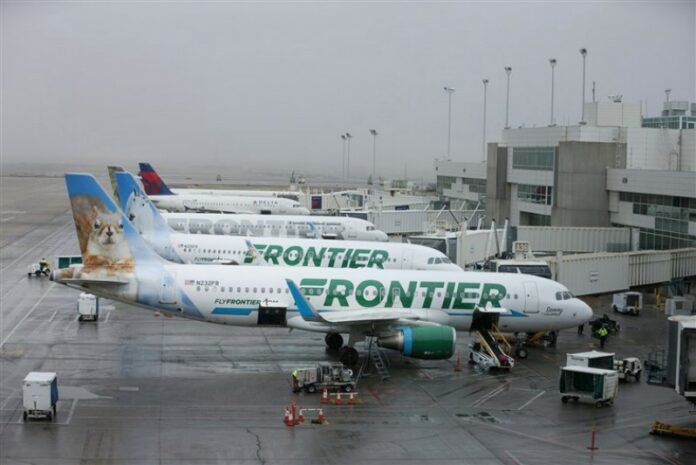 Once again, another incident took place involving Jews on an airplane and mask compliance.

An eye-witness tells YWN that the flight attendants made an issue over an 15-month old toddler that was not wearing a mask, despite airline regulations that clearly state that “Face coverings are not required for children under the age of 2.”

They threatened to remove the Jewish family, and many other passengers, both Jewish and non-Jewish began sticking up for them. The incident turned ugly, as people began screaming and protesting as they deplaned all passengers. One passenger began screaming that this was like “Nazi Germany”. Emotions ran high for some passengers, who have had family members murdered in the Holocaust, and were very taken at being singled out as a group without any logical explanation.

Additional video footage shows a group of Hasidic and Orthodox Jews screaming at the airline staff in the terminal after deplaning.

The eye-witness who spoke to YWN said this was a blatantly anti-Semitic incident, without any question.

One person told YWN that as the Hasidic couple started leaving the airplane, the flight crew applauded, exchanged high fives and one allegedly said “a job well done to those Jews.”

This is the second incident in the past few days involving Orthodox Jews. The previous incident occurred on a Delta fight from Miami International to La Guardia Airport.

See the dramatic video footage below: