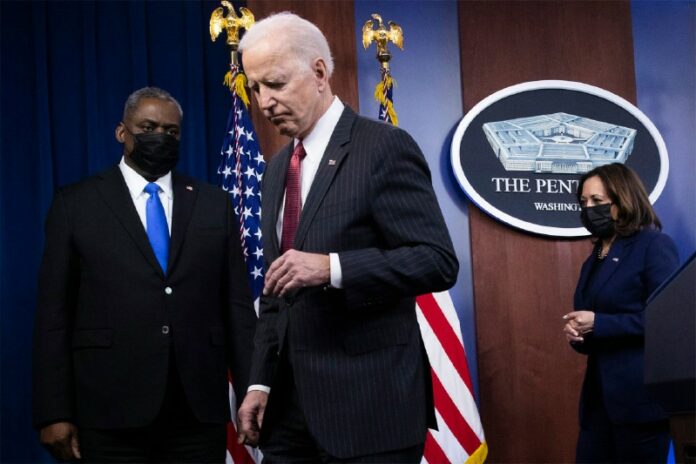 It happened when Biden was announcing the nominations of two female generals for promotion to four-star commands, hailing the nominees as “two outstanding and eminently qualified warriors and patriots.”

“And I want to thank the sec – the, the, ah former general. I keep calling him general, but my, my – the guy who runs that outfit over there,” Biden said.

“I want to make sure we thank the secretary for all he’s done to try to implement what we just talked about. And for recommending these two women for promotion.”

MOMENTS AGO: Biden announces 2nd and 3rd women in the history of the U.S. military to lead combatant commands.

"We need little girls and boys, both, who have grown up dreaming of serving for their country to know; this is what generals in the U.S. armed forces look like." pic.twitter.com/BlEqqtbqfh