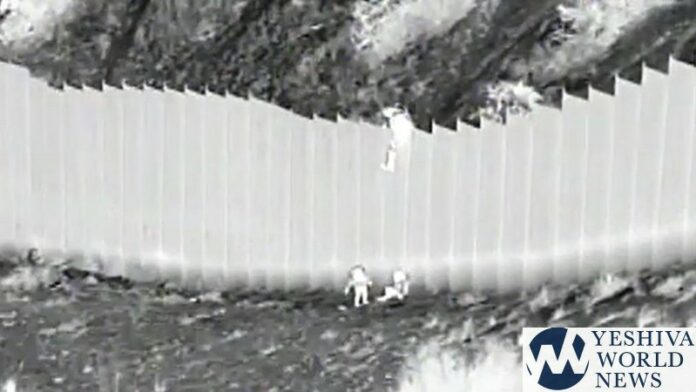 Border Patrol on Wednesday released a shocking video of smugglers abandoning a 5-year-old girl and a 3-year-old girl at the border in the New Mexico desert in the middle of the night — after dropping them from over a 14-foot border barrier.

The video, released by El Paso Sector Chief Patrol Agent Gloria Chavez, shows what she said was two smugglers scaling the fence and dropping each child onto the ground and harsh surface, before tossing what appears to be some belongings down.

The two smugglers then are seen fleeing from the southern side of the fence.

Chavez said the little girls were left “miles from the nearest residence.” They were picked up by agents after they were spotted via surveillance technology.