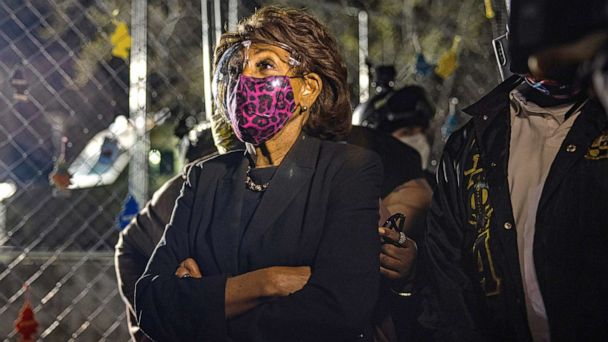 Rep. Maxine Waters, D-Calif., appeared to shake off comments by the judge in the Derek Chauvin murder trial who said her “confrontational” remarks during a weekend protest in Minnesota could result in “this whole trial being overturned.”

Judge Peter Cahill was asked by Eric Nelson, the defense attorney, to declare a mistrial due to prosecutorial misconduct and Waters’ comments at a Brooklyn Center protest on Saturday night.

Nelson told the court that there is a “high probability” that jurors will see Waters’ comments. Cahill denied the request.

“I’ll give you that Congresswoman Waters may have given you something on appeal that may result in this whole trial being overturned,” Cahill said.

Waters was asked about the judge’s comment on Monday and said, “The judge says my words don’t matter.”