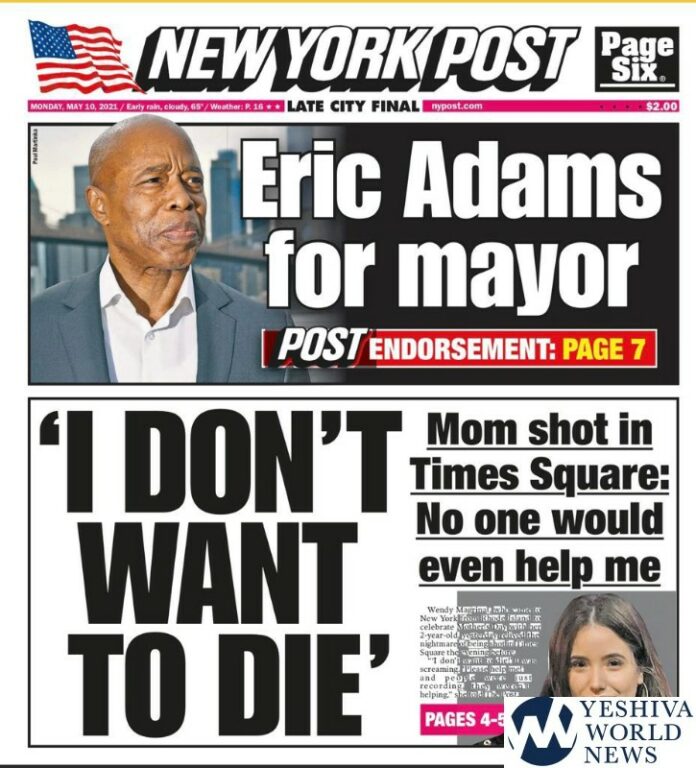 The NY Post on Monday morning threw their heavyweight support behind Eric Adams in the race for NYC Mayor.

The Post says they believe that Adams, is the candidate with the best chance of fixing the city. 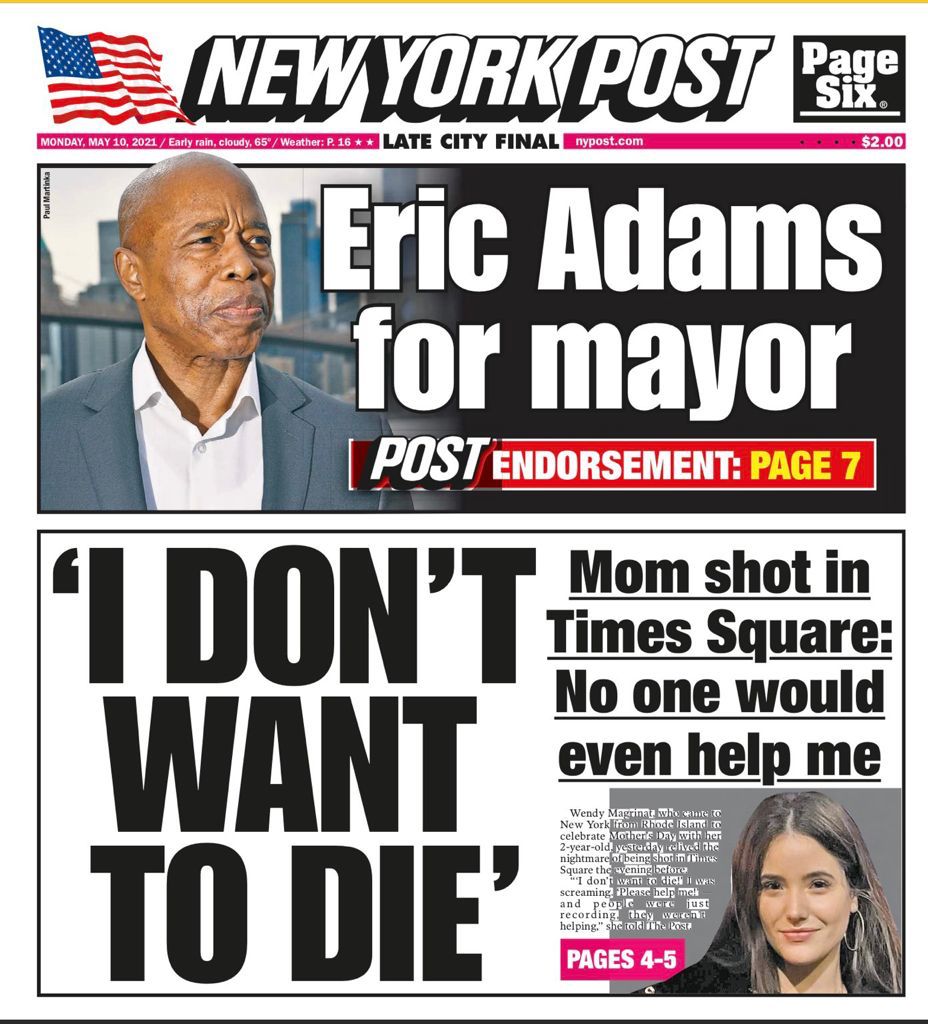 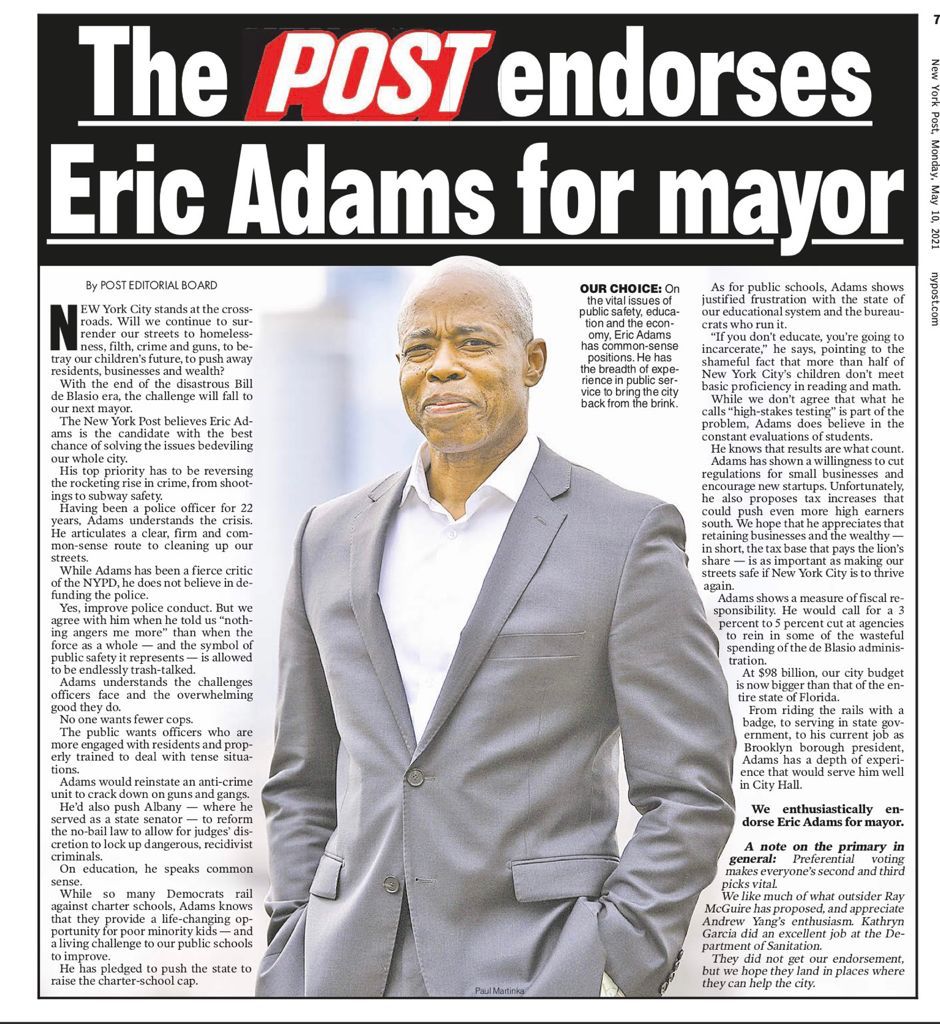