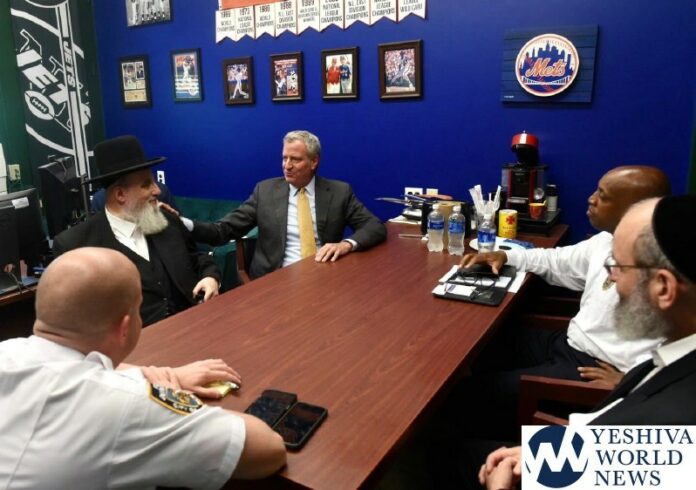 Following a string of disturbing hate crimes in multiple areas of NYC including Boro Park and Flatbush the past few days, NYC Mayor Bill DeBlasio visited the Boro Park community to denounce the attacks.

The Mayor made clear that the NYPD will be out in force in Jewish Communities.

“We will not tolerate hate crimes”, DeBlasio said.

“We will find the perpetrators. We will stop them. This is going to be a very aggressive action today, tonight, and the days ahead, until we are certain that this is done. For me it is very personal. An attack on the Jewish community is an attack on all New Yorkers, and it will not be tolerated, and we will stop it”.