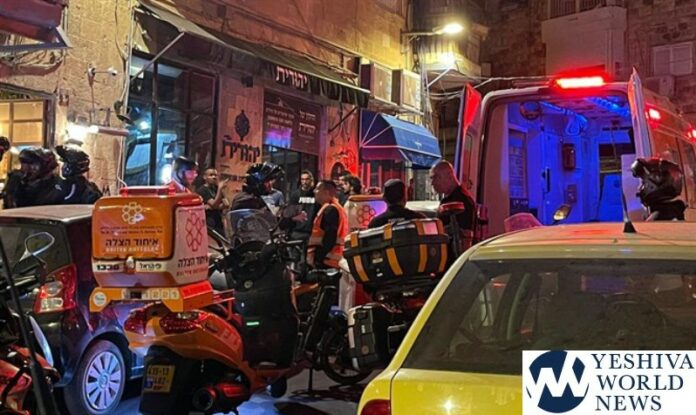 On Sunday, prosecutors filed charges against four Jewish men who were accused of stabbing an Arab man in Machane Yehuda market two weeks ago. the Arab was seriously wounded in the incident.

The Arab victim is 25-years-old and was working at a burger restaurant when he was stabbed ten times by his assailants. He was rushed to Shaare Zedek hospital where doctors found that one of the stab wounds punctured his liver and lung. After recovering, the man was released and was said to be in good condition.

The suspects’ lawyer, Adi Keidar, who works for Honenu said that the defendants were being treated harshly by their Shin Bet interrogators.

According to the prosecution, three of the defendants joined a procession of right-wing extremists that marched from the center of town to Sheikh Jarrah where they were stopped by the police. The defendants then returned to the downtown area, met the fourth defendant, and proceeded to find the victim, who worked at a nearby restaurant, passed by as he went to take out the trash. They then engaged the Arab man in conversation to make certain that he was an Arab and then shot pepper spray at him and beat him while he tried to escape. One of the defendants then began to stab the victim in the back while the others hit him.