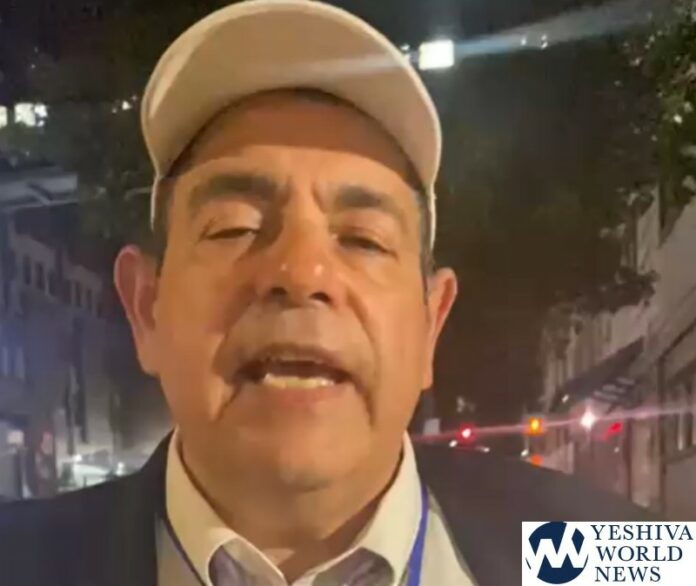 It seems that everyone was picking on innocent Heshy Tichler on Wednesday night.

In just a matter of a few hours, Tischler got assaulted by two men who apparently had a “score to settle” with him, and was later kicked out of Maimonides Hospital – something that rarely happens.

As YWN reported on Wednesday night, two men arrived in a car outside Tischler’s Boro Park home looking for him. Tischler immediately recognized the men from a previous altercation he had with them at a rally / demonstration that Tischler attended. One of them men punched Tischler in the head. Police tell YWN that they have good leads, and hope to make a swift arrest in the case.

Tischler then made a video alleging that the men were from “a black lives matter”, and then added “Black Lives Matter, you want a war? Here we come!”

He also added “Mr. Mayor DeBlasio, you think I’m not coming for you? Here I come!”

Tischler repeatedly said he did not need a hospital, but later at night, a tired-sounding Tischler changed his mind and checked himself into Maimonides Hospital – armed with his video camera rolling.

As can be seen in the attached video, a triage nurse asked for Tischler to put on a mask and then asked for his photo ID and insurance card and asked to take a seat. He then asked how long it would take, and when told they weren’t sure of the exact time, he responded sarcastically by saying “oh you have no idea. You have no idea”.

The nurse responded by asking “why is she videoing”?

A moment later the video goes blank and the viewer will hear Tischler, who is currently on parole, saying “go ahead, call the police.”

A security guard is heard saying “you are not allowed to video”.

Tischler closes his video with a “Thank you so much, idiots”.

Tischler who is a life-long resident of Boro Park, is currently running to represent the Flatbush Community in the 48th Council District, the seat formerly held by Chaim Deutsch. Close friends of Tischler say that he is convinced that he will win the race, while political insiders who have been doing this for many years predict Tischler receives a maximum of 2% of the vote (around 200 people).