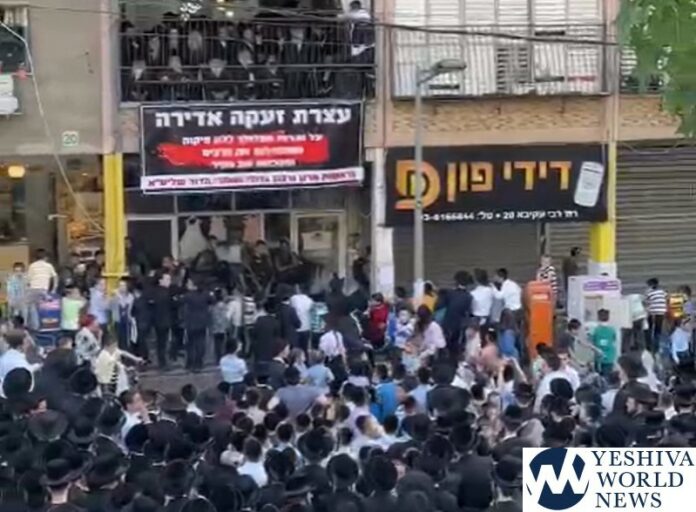 Hundreds of protesters gathered on Wednesday in Bnei Brak in protest against cell phone stores that are operating without being under the auspices of the Va’ad Harabbonim.

A group of Admorim and other Rabbonim spoke at the protest. The majority of the rabbonim sat on a mirpeset (porch) on Rabbi Akiva Street above a cell phone store called Didi Phone. One of the Admorim asked that people do not create a mass protest out of this, and he spoke from his own car.

Police arrived en masse having estimated that 10,000 people would participate in the protest. In the end, only a few hundred arrived in support of the protest.

BeChadrei Charedim reported that over the course of the afternoon, one of the Admorim sent messages via private channels to various community influencers asking them to announce the time and place of the protest and requested that Avreichim in Kollels and Yeshiva students stop studying in order to attend the protest.

During the protest, collections were taken in order to pay for the campaign against the stores. One of the Gabbaim organizing the event carried a large mug and walked among the protesters asking for donations.

The police were on high alert due to the protest and dispatched an entire platoon of Border Police officers who stood around the store in an effort to protect it. Young men attacked the store and succeeded in smashing its windows and damaging merchandise. 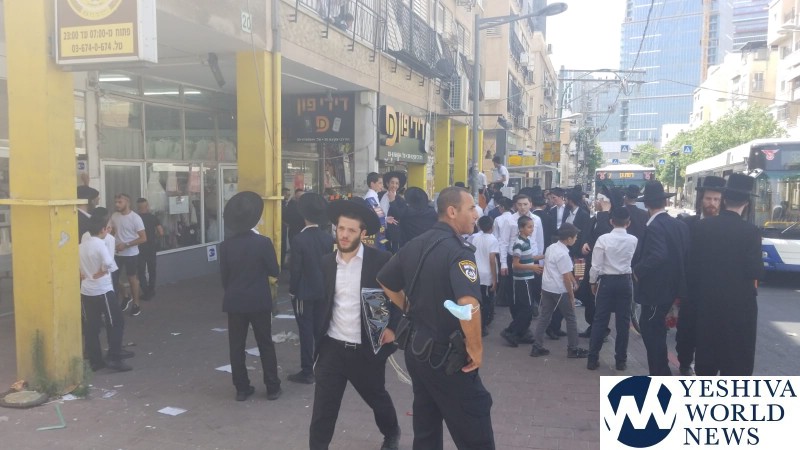 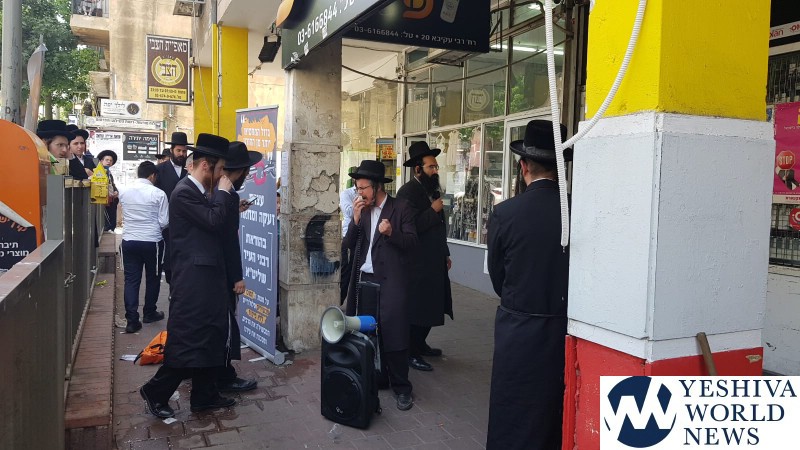