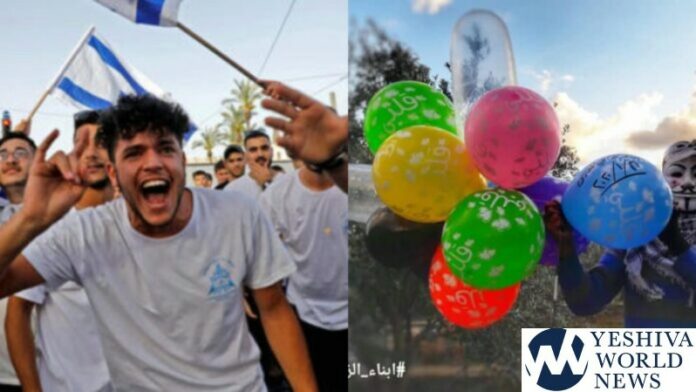 Israel’s IDF is on alert ahead of the flag march scheduled for Tuesday afternoon after Hamas threatened to respond to the march with rocket fire.

IDF Chief of Staff Aviv Kochavi ordered IDF units to prepare for the resumption of hostilities with Hamas and extra troops were deployed to Judea and Samaria. Additionally, the IDF deployed extra Iron Dome missile interceptor batteries across Israel to prepare for the possibility of rocket fire. Israel Police has also bolstered its forces for the event and has deployed 2,000 police officers across Jerusalem on Tuesday.

The march’s route has been changed so that the participants enter the Old City through Sha’ar Yafo instead of Sha’ar Shechem.

The Palestinian Authority also warned of “dangerous repercussions” if Israel goes ahead of the march.

The US Embassy in Jerusalem has banned its diplomats from entering the Old City on Tuesday. “U.S. government employees and their family members are prohibited from entering Jerusalem’s Old City on Tuesday, June 15,” the embassy stated. “U.S citizens can take this into account when making their own travel plans. As security incidents often take place without warning, U.S. citizens are strongly encouraged to remain vigilant and take appropriate steps to increase their security awareness.”

Palestinian affairs analysts believe that Hamas will refrain from initiating rocket fire due to the destruction the Gaza Strip suffered during Operation Guardian of the Walls but will rather launch terror balloons into Israel. A number of fires have already been reported in southern Israel early Tuesday afternoon after terror balloons were launched from Gaza.

At least 7 fires reported in southern Israel near the Gaza border today so far, as the so-called Palestinian balloon units launch balloons carrying incendiary and explosive devices. No statement from Fire and Rescue Services yet.

Hamas also launched three experimental rockets into the sea on Tuesday and Gazans rioted near the border fence, with clashes breaking out between the IDF and the rioters.

A Channel 13 News report on Tuesday said that Egypt is pressuring Hamas not to resume hostilities with Israel, saying that a renewed conflict will “embarrass” Egypt due to its role as peacemaker between Israel and Gaza terror groups. Egypt warned Hamas that “the Bennett government will respond with force” to attacks on Israel.