Eric Adams held onto his lead as the latest vote tallies were released on Tuesday, with Kathryn Garcia a few percentage points behind. Adams garnered 51.1% of the votes in the city’s 11th round of ranked-choice voting, while Garcia’s tally stood at 48.9%, data released by the city’s Board of Elections shows.

The remaining Democratic candidates – including Maya Wiley, Andrew Yang and Scott Stringer – were eliminated, according to the data.

The results released on Tuesday are not final, as absentee ballots have yet to be counted. 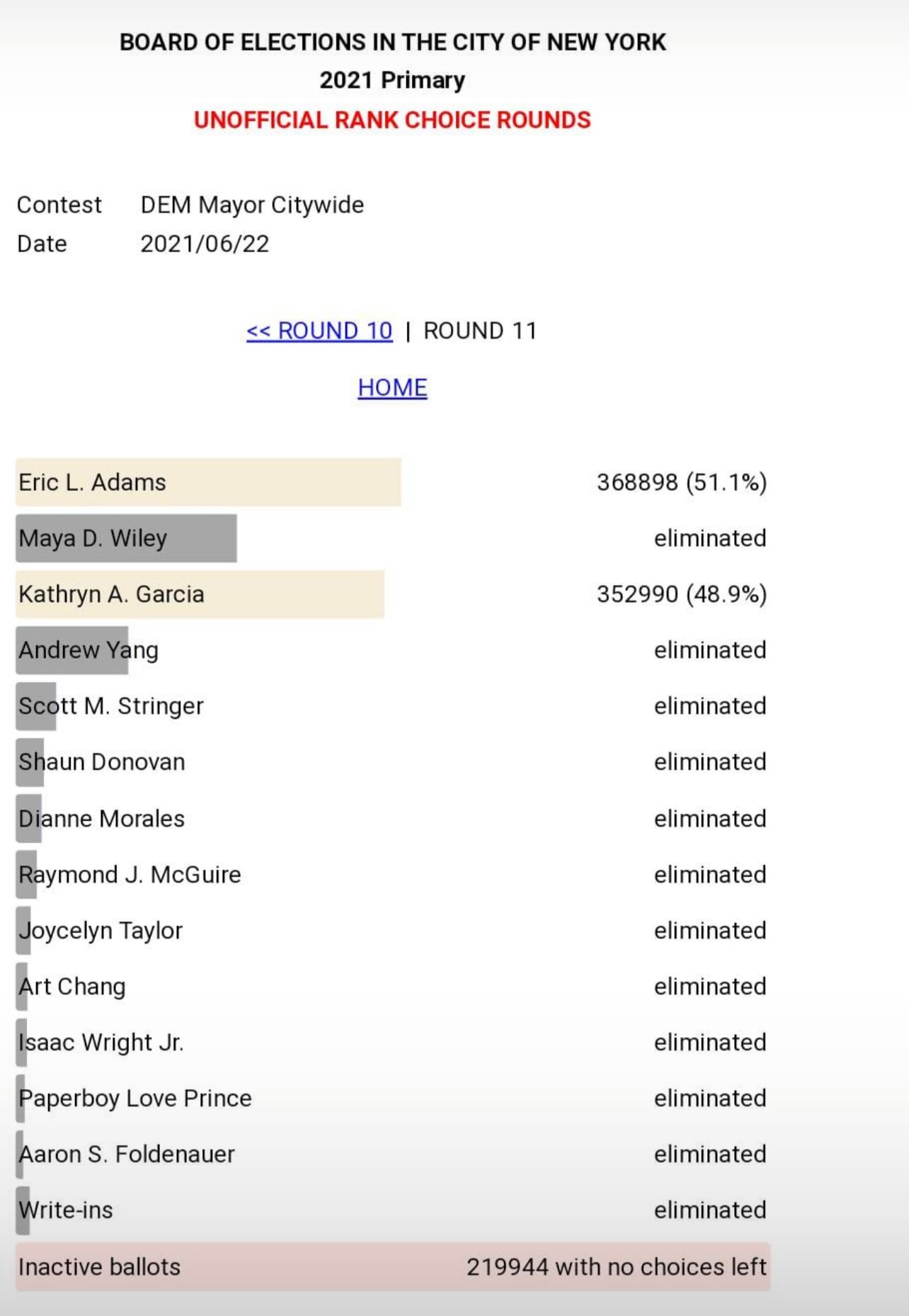