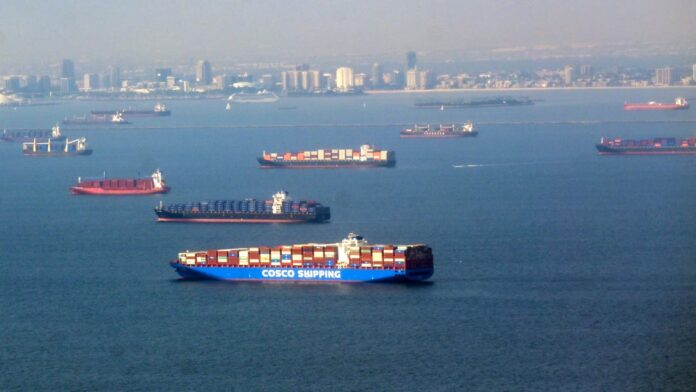 The bottleneck is creating major delays, leading to a spike in shipping costs and hurting thousands of small businesses. Last week, officials said there could be as many as half-a-million shipping containers on cargo ships off the ports of L.A. and Long Beach, waiting to be offloaded. The logjam is due partly to the shortage of warehouse workers and truck drivers to pick up goods.

The following video explains what the issue is:

In an effort to address the growing supply chain crisis caused by the cargo ship bottleneck, President Joe Biden announced Wednesday a deal in which the Port of Los Angeles will begin operating 24 hours a day.

“Today I’m announcing that the Port of LA will begin operating around the clock 24/7 to make sure Americans can get the goods they need,” Biden tweeted. “My Administration is working around the clock to move more goods faster and strengthen the resiliency of our supply chains.”

A similar plan will also likely also to move forward for the Port of Long Beach, the Los Angeles Times reported.

"Never again should our country and our economy be unable to make critical products we need because we don't have access to materials to make that product," Pres. Biden says during remarks on global supply chain. https://t.co/9dTYB9p2o4 pic.twitter.com/WGByTFJvdr

The two ports are responsible for nearly half of all imports into the U.S.

Under the plan, the Port of L.A. will nearly double the number of hours that cargo is transferred from container ships to trucks, the Times reports. The goal is to process and unload 3,500 extra containers during the night each week.