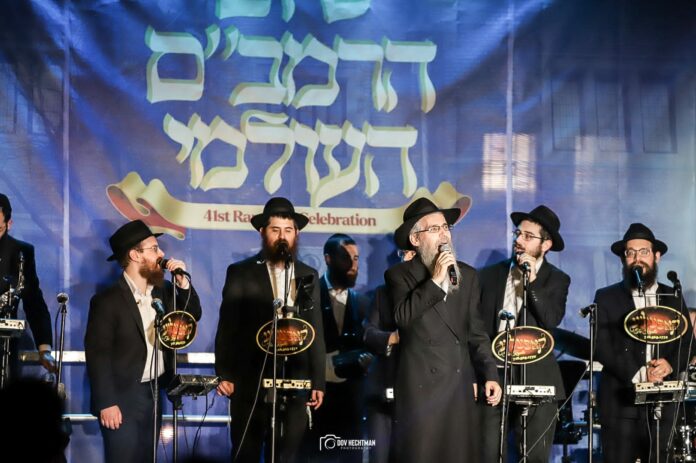 The 41st Central Siyum Harambam took place on Lag Baomer night in front of 770 Eastern Parkway in Crown Heights with over 15,000 men women and children in attendance, marking the conclusion of the 41st cycle of learning Rambam — studying three chapters of Rambam daily, as instituted by the Lubavitcher Rebbe in 5744 (1984).

The event began with the recitation of the twelve Pesukim, followed by a Siyum made by a young boy on the Rambam’s Sefer Hamitzvos, which is traditionally studied by children as part of the Rambam initiative.

The crowd was addressed by Rabbi Leibel Williger, Rosh Kolel Torah Vodaas, who spoke about the connection between Lag B’Omer and Moshiach, and why to never give up on any Jew.

The Siyum was conducted by Rabbi Yitzchak Raitport, Rosh Kolel Lemetzuyanim of Borough Park, who authored twenty Sefarim (!) on the Rambam.

The beginning of the new cycle of Rambam was conducted by Rabbi Gavriel Zinner, author of the famed Nitei Gavriel Halachic series.

Several videos of the Rebbe talking about the Rambam and Lag B’Omer, as well as about the Siyum Harambam, were shown during the event.

The event was addressed via video by:

• Rabbi Yechiel Michel Daskal, Rosh Yeshiva of Tzemach Tzaddik Vishnitz, who spoke about the tremendous influence of the Lubavitcher Rebbe on Jewish life and discussed some of the Rebbe’s teachings about Lag B’Omer and the Rambam.

• Mr. Dudi Farkash, a businessman who recounted how his personal study of Rambam daily completely changed his life and business for the better during this past year and his tremendous gratitude and happiness at being able to make his first Siyum.

The culmination of the event was the kindling of the largest bonfire in NYC, kindled in the center of the Parkway in honor of Rabbi Shimon Bar Yochai, followed by music and dancing to celebrate Lag B’Omer and the conclusion of the Rambam, featuring:

• Avraham Fried
• The Yingerlich Choir
• Yossi Cohen and the Kapelye 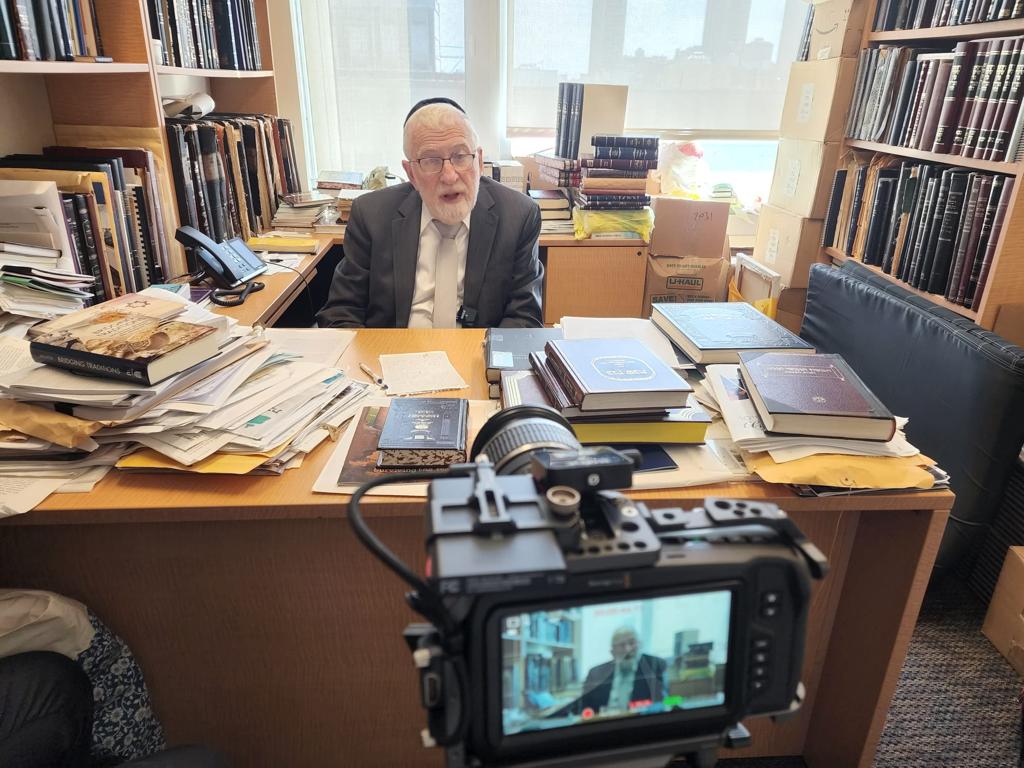 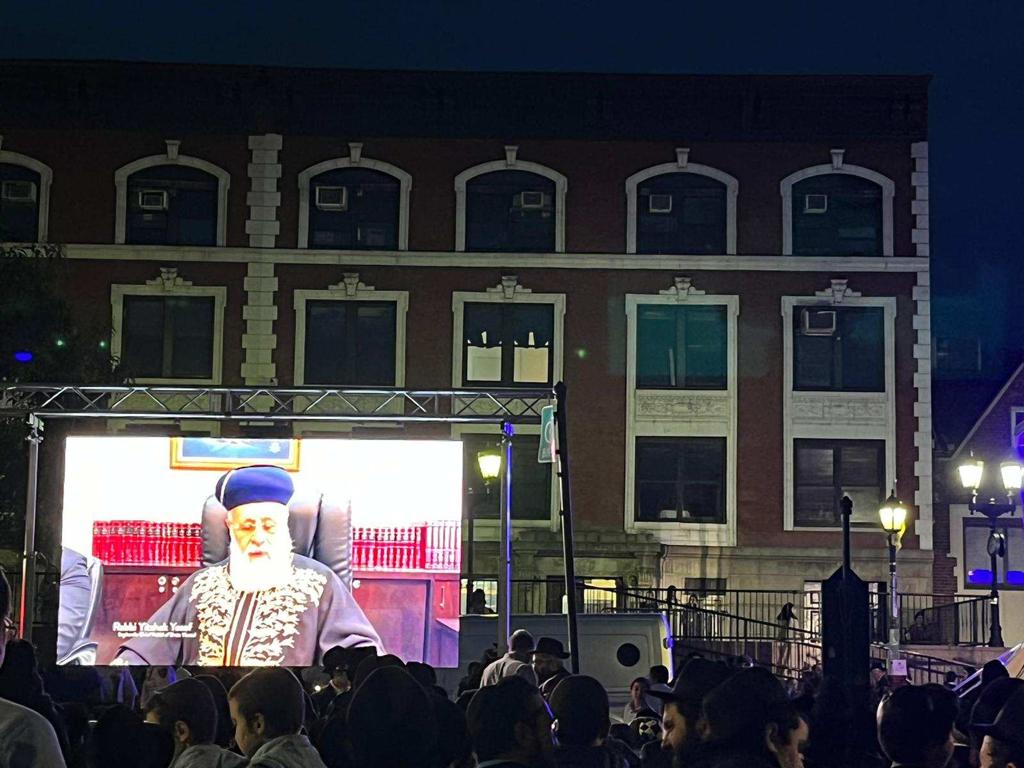 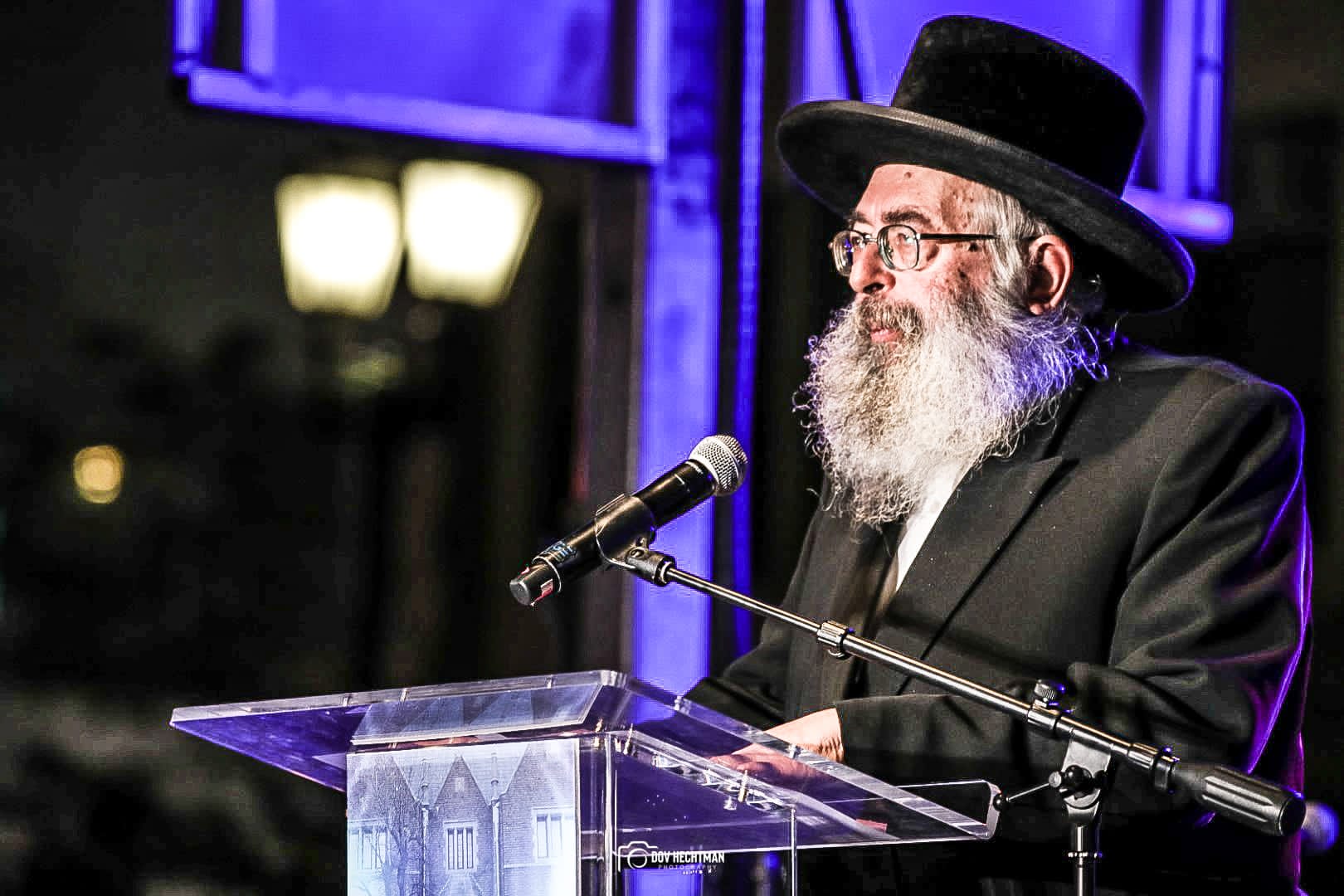 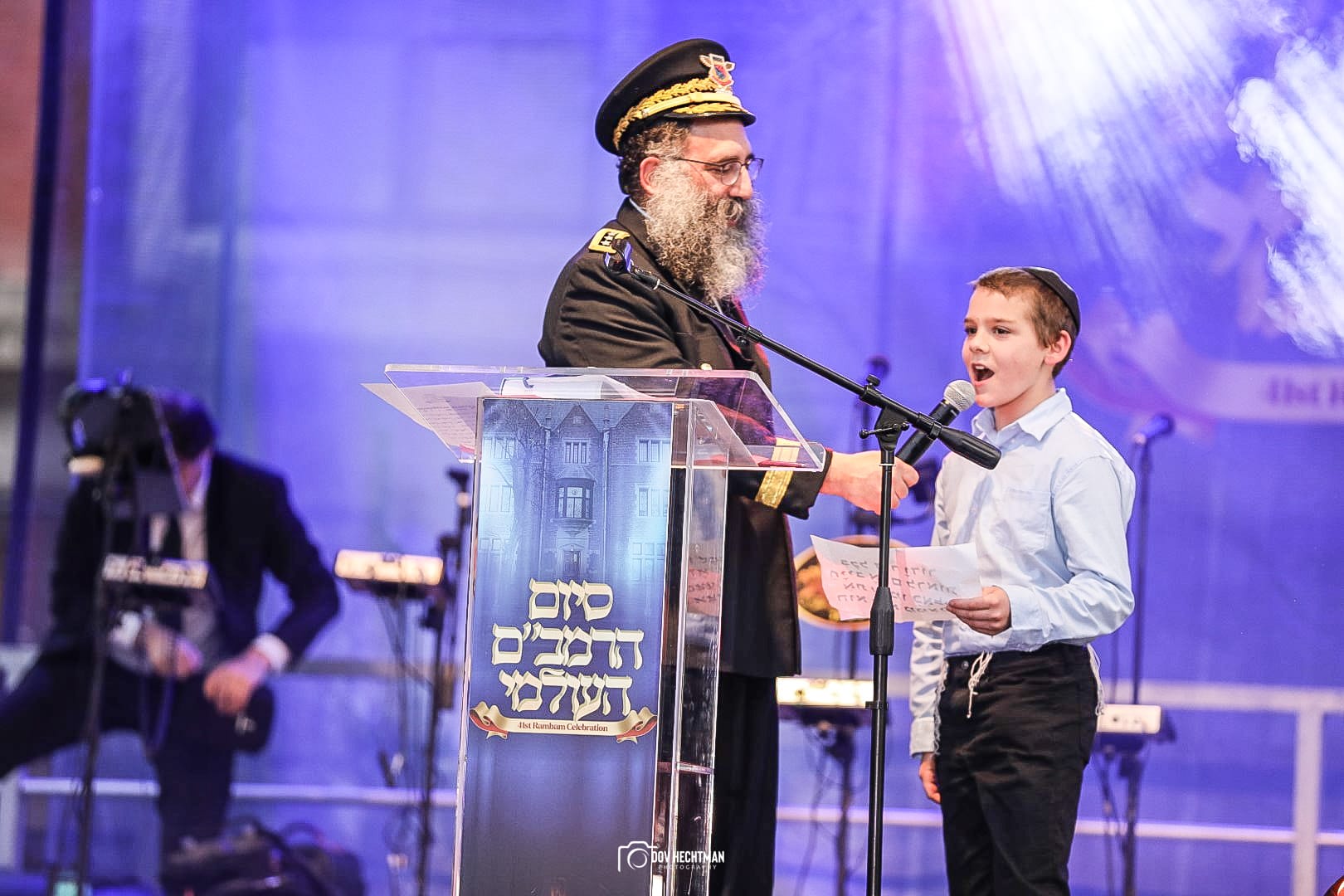 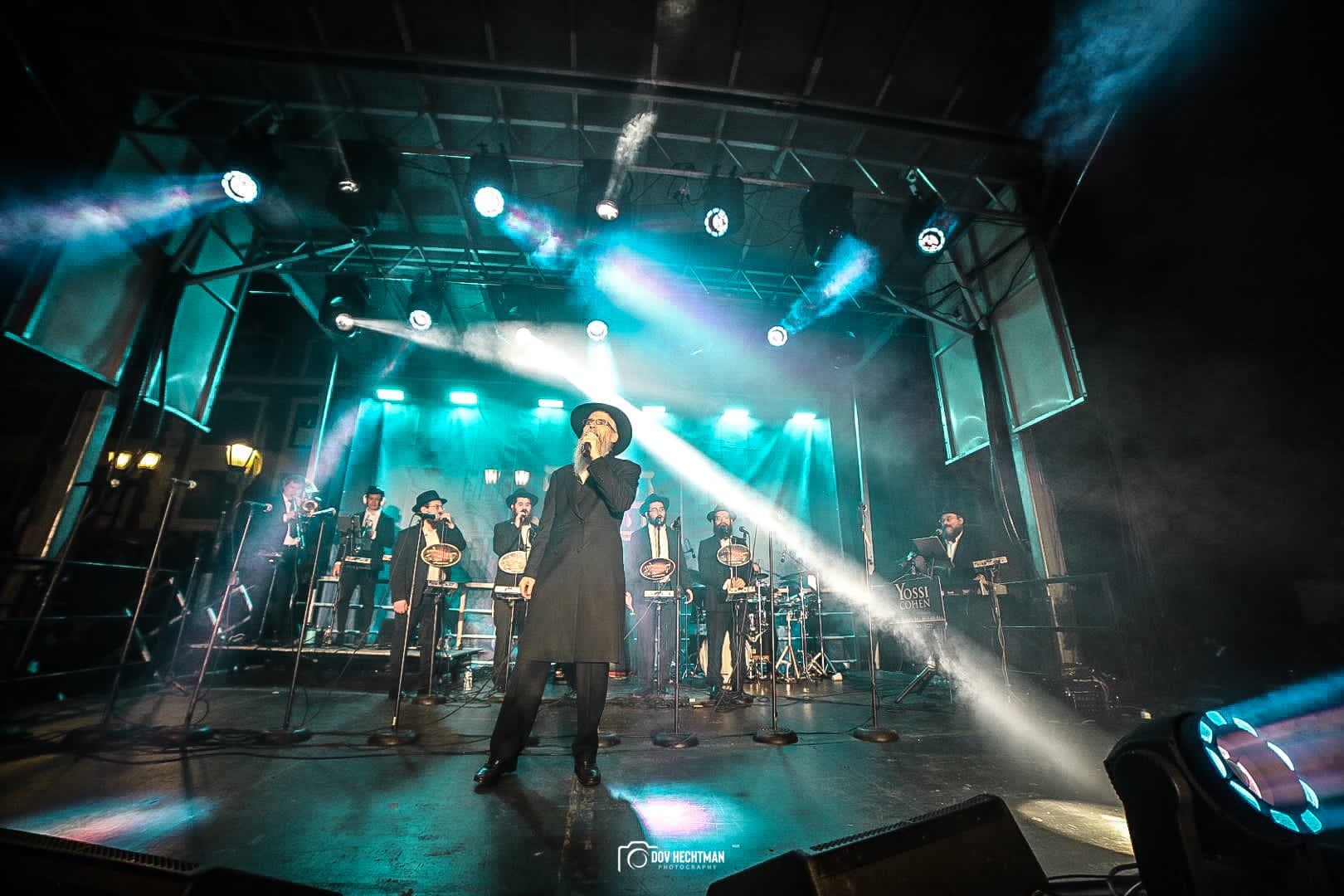 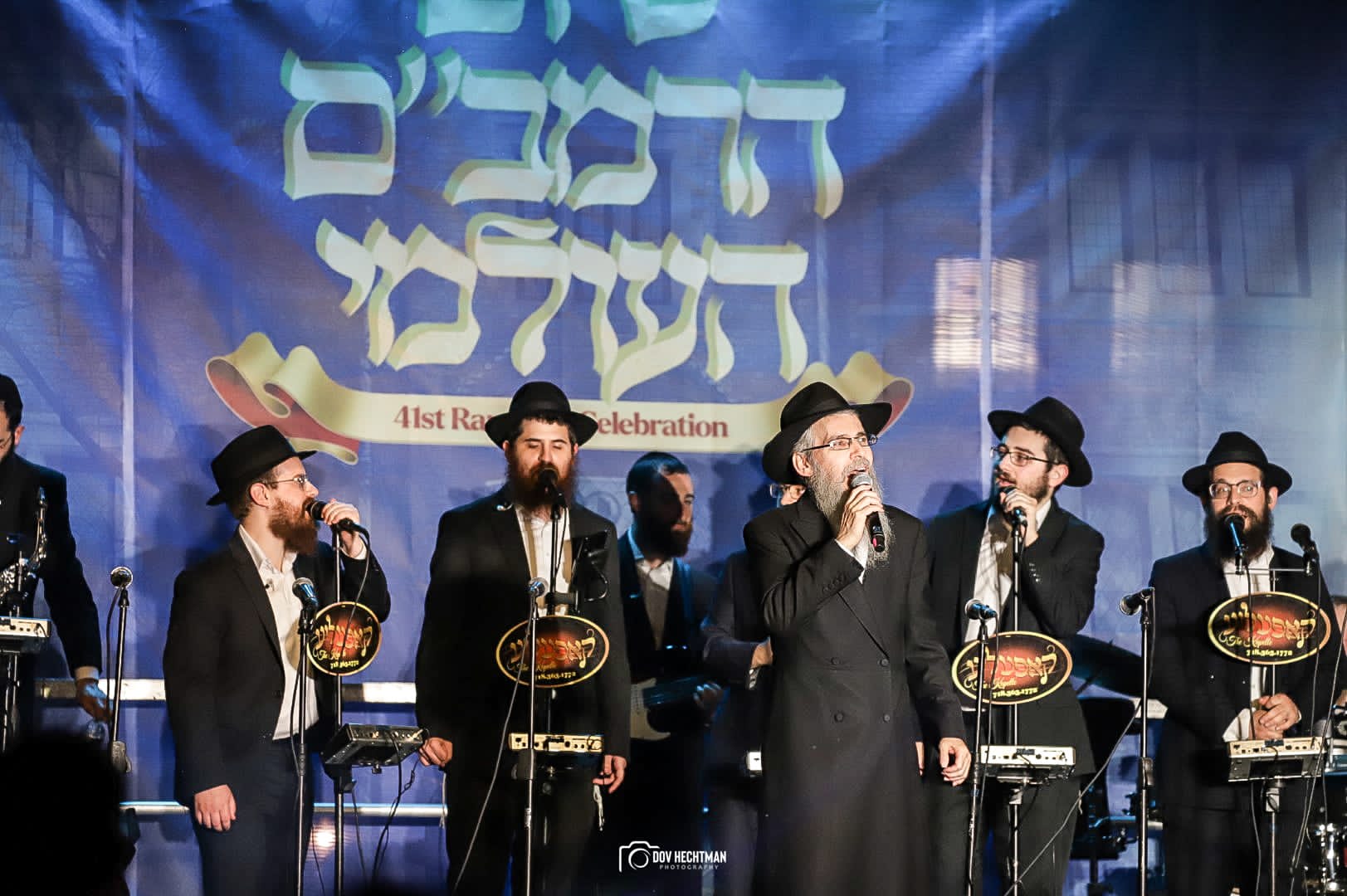 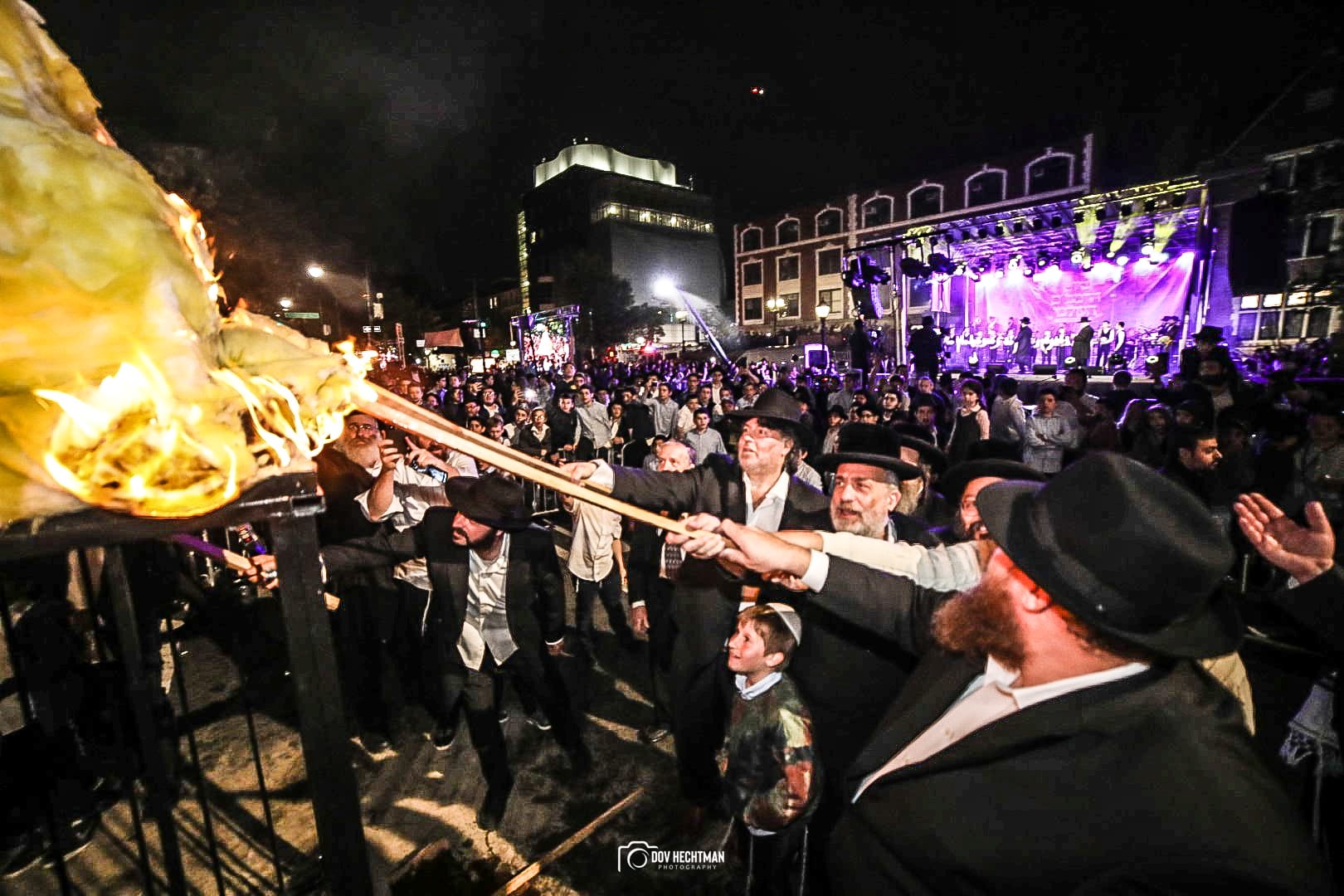 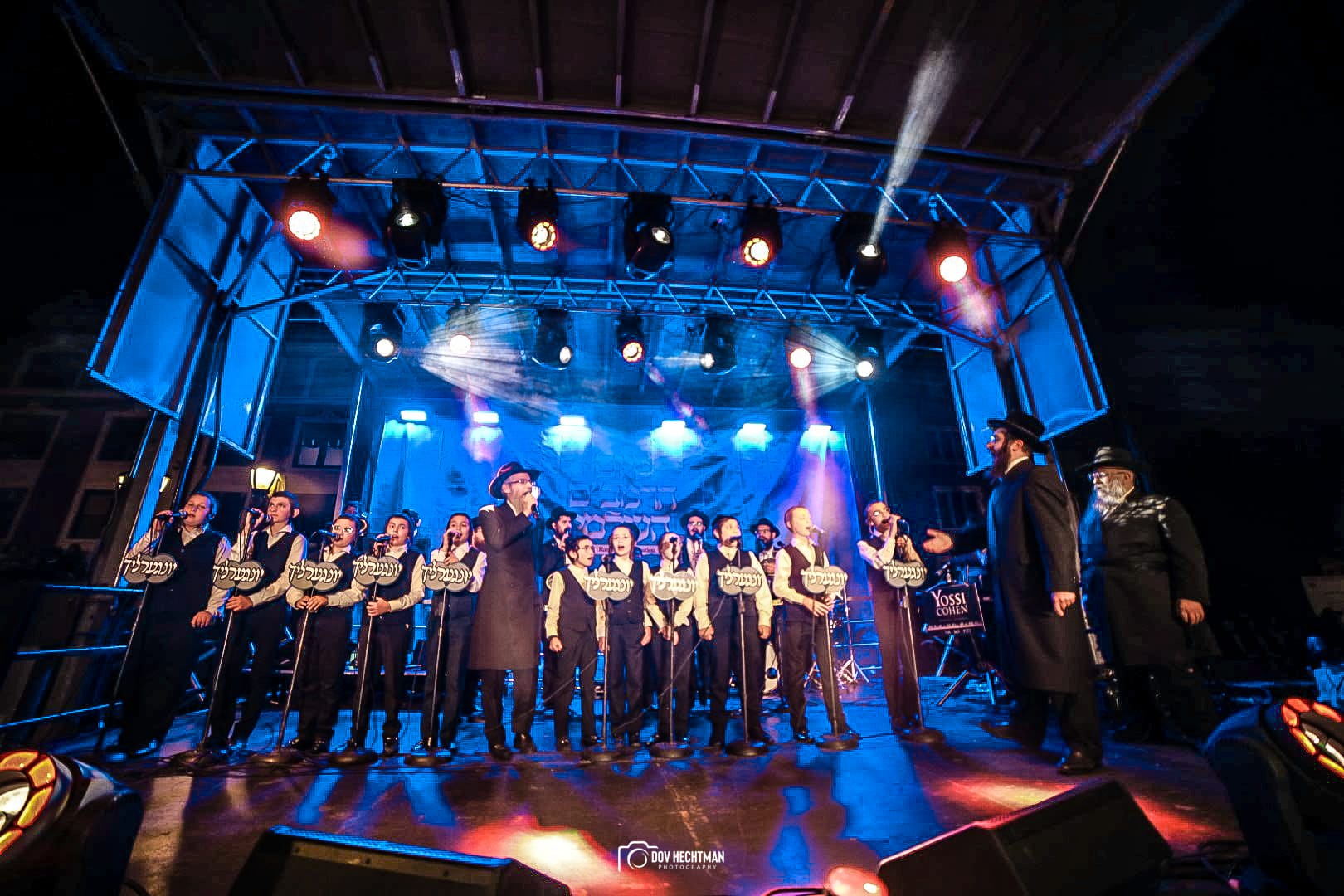 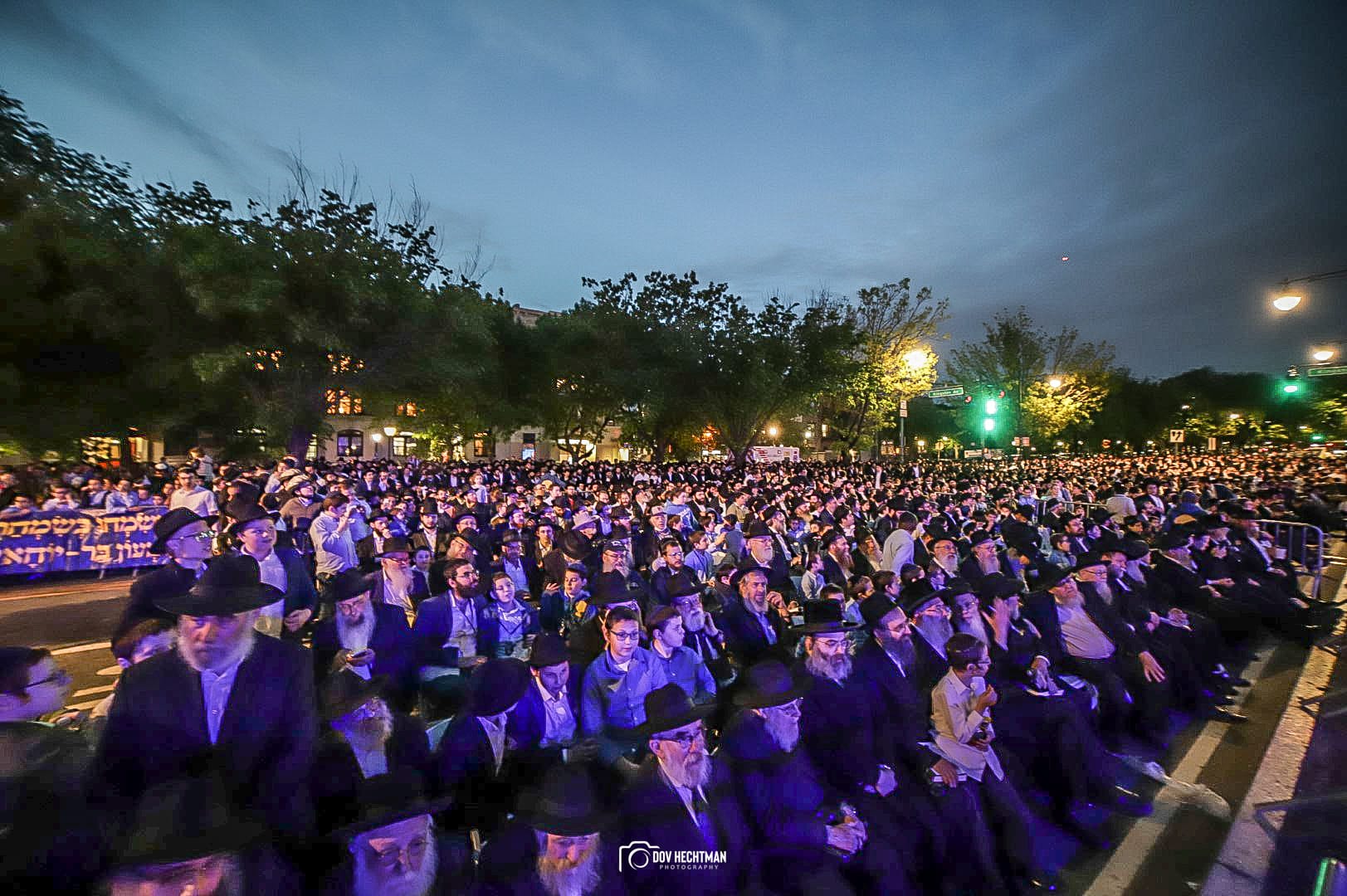 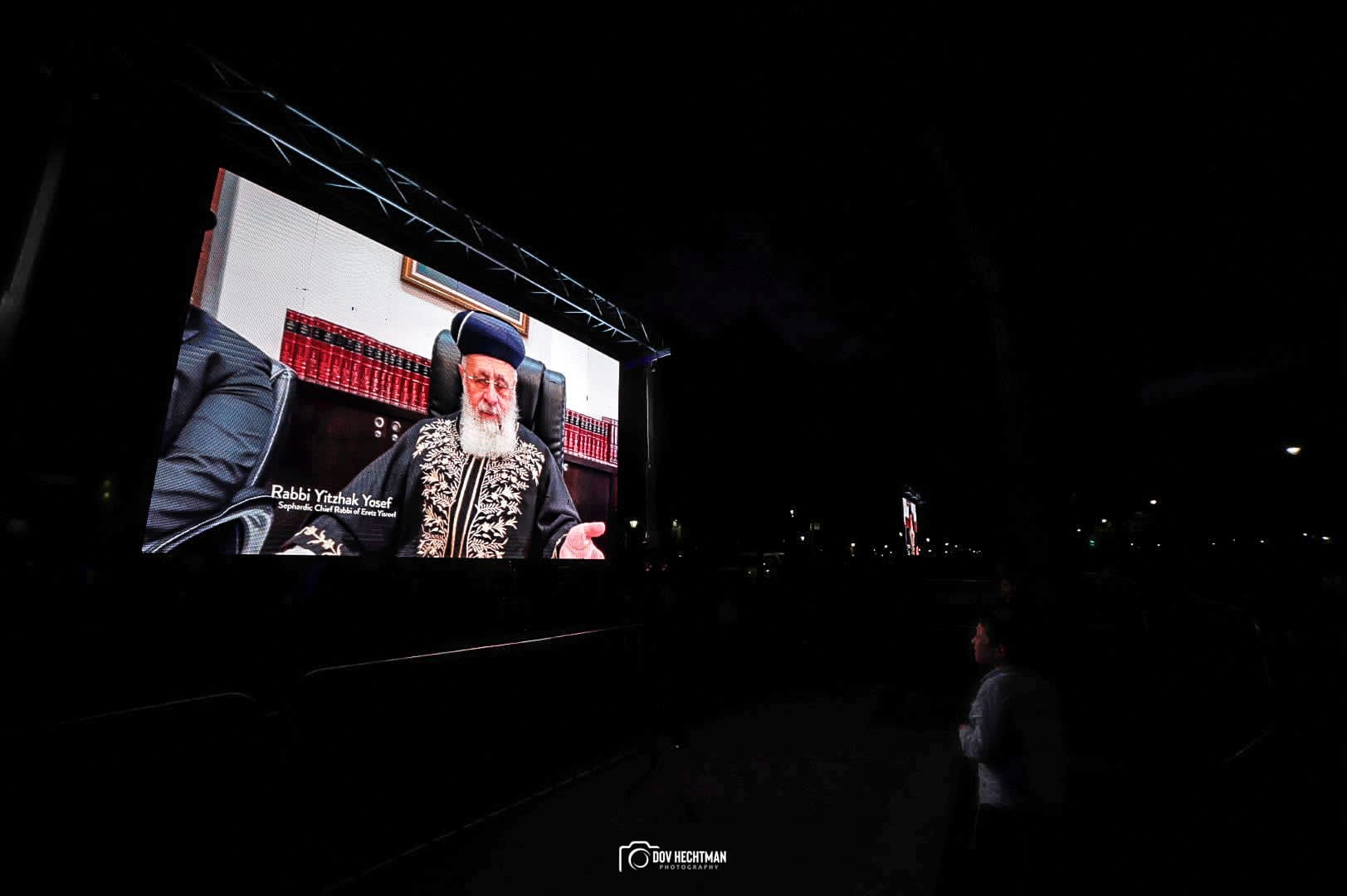 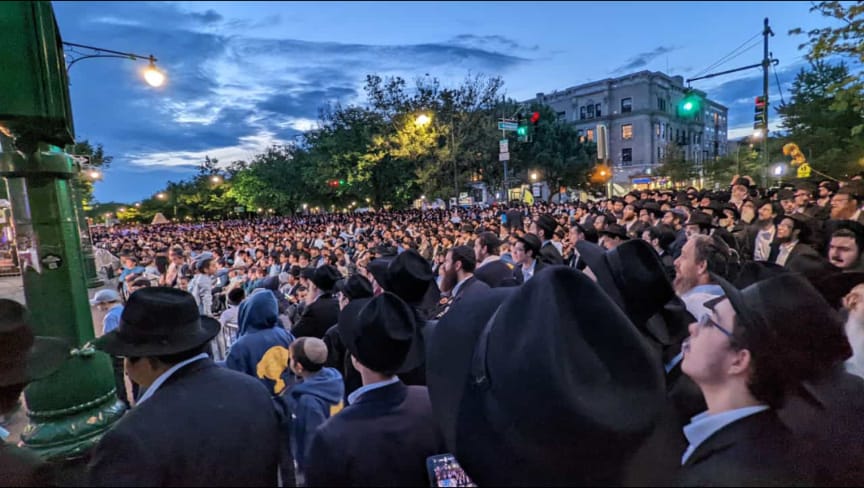 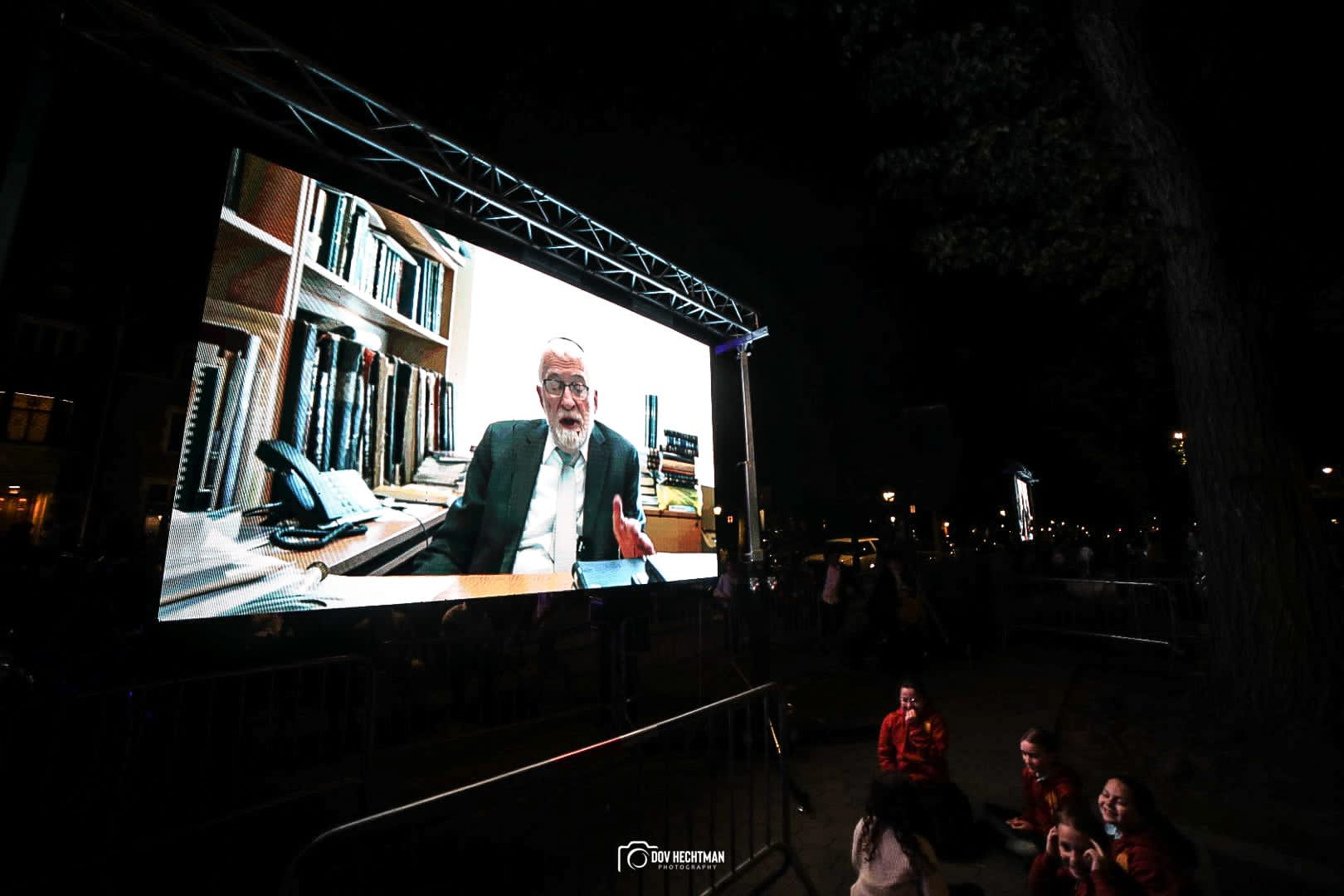 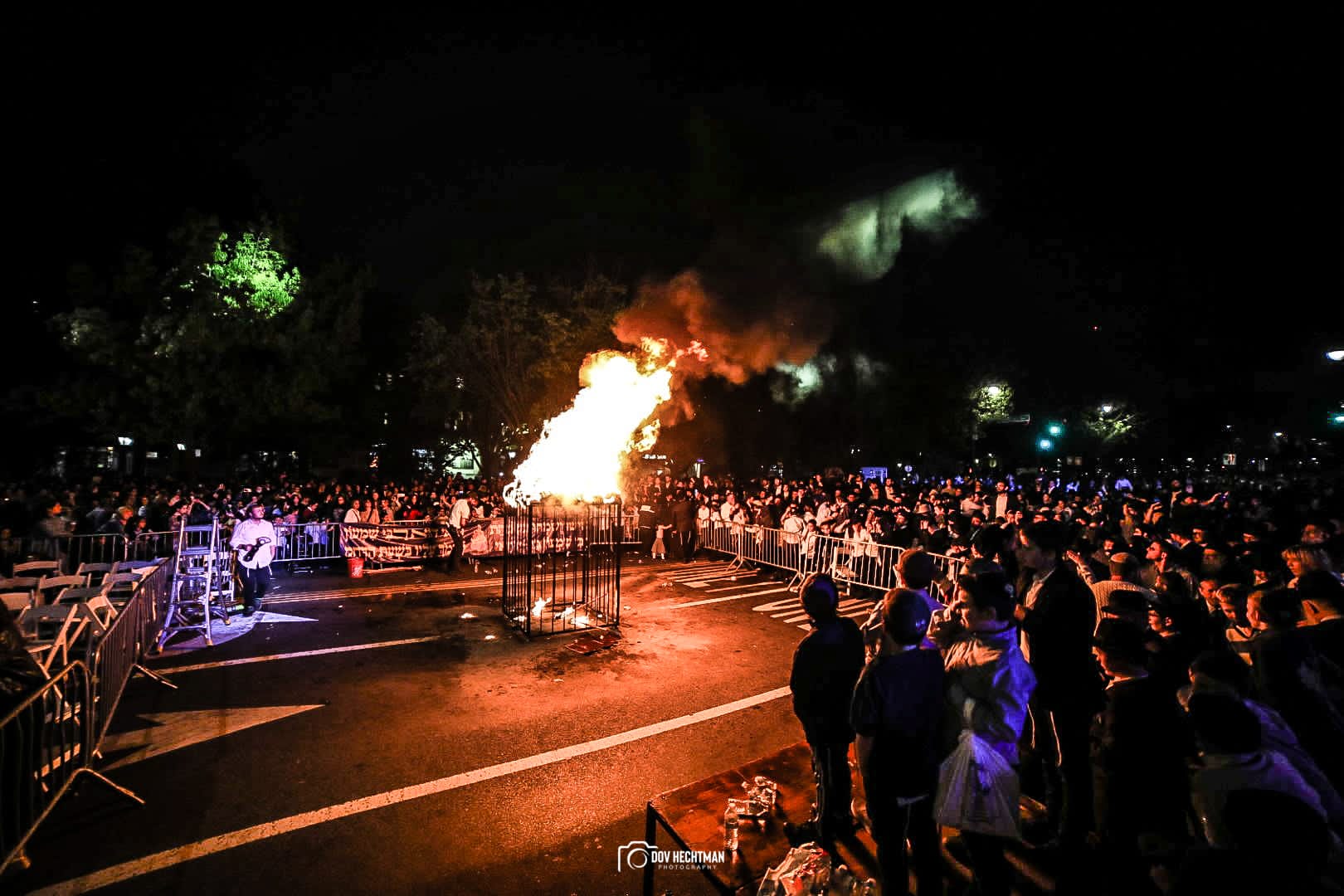 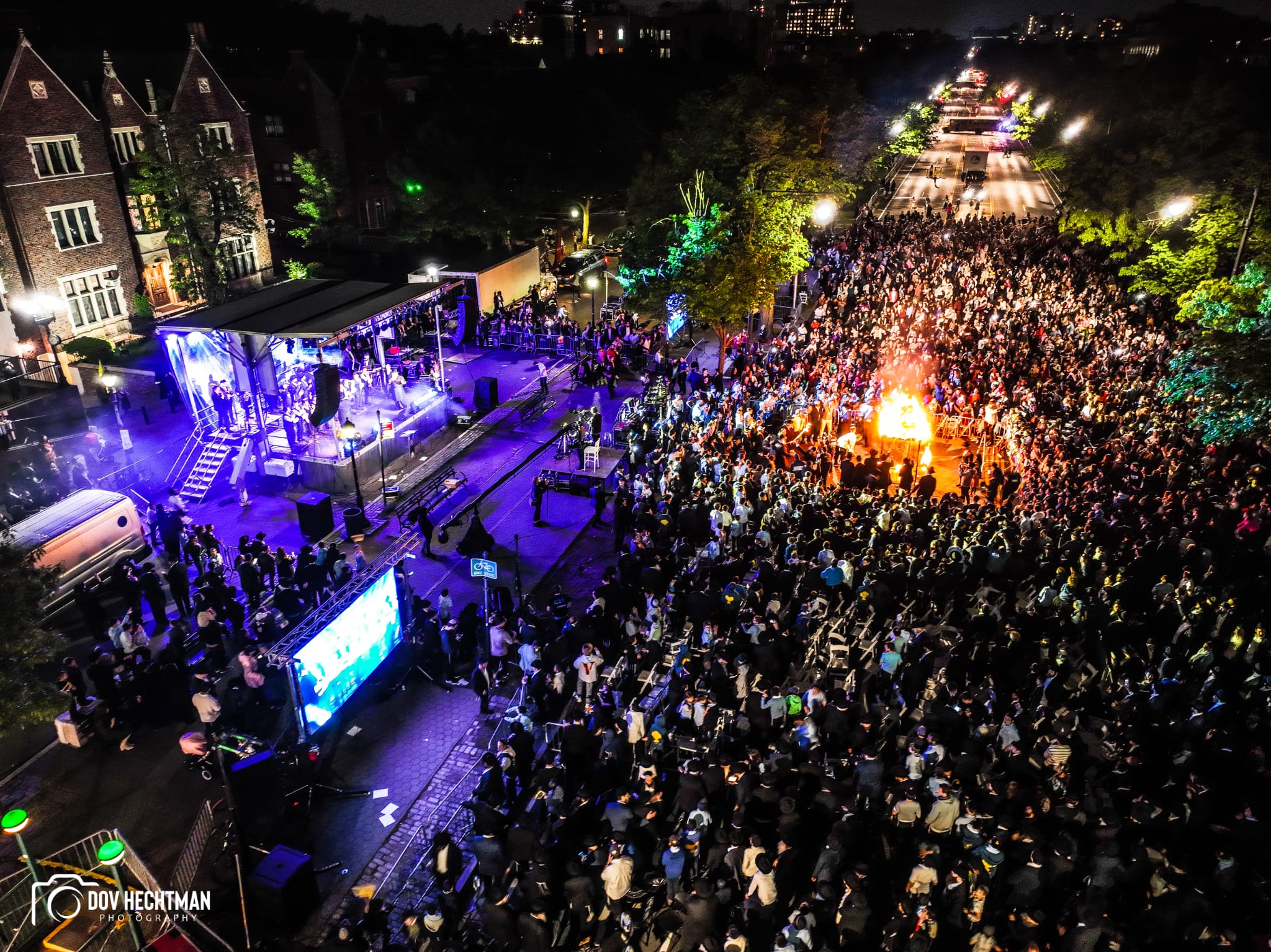 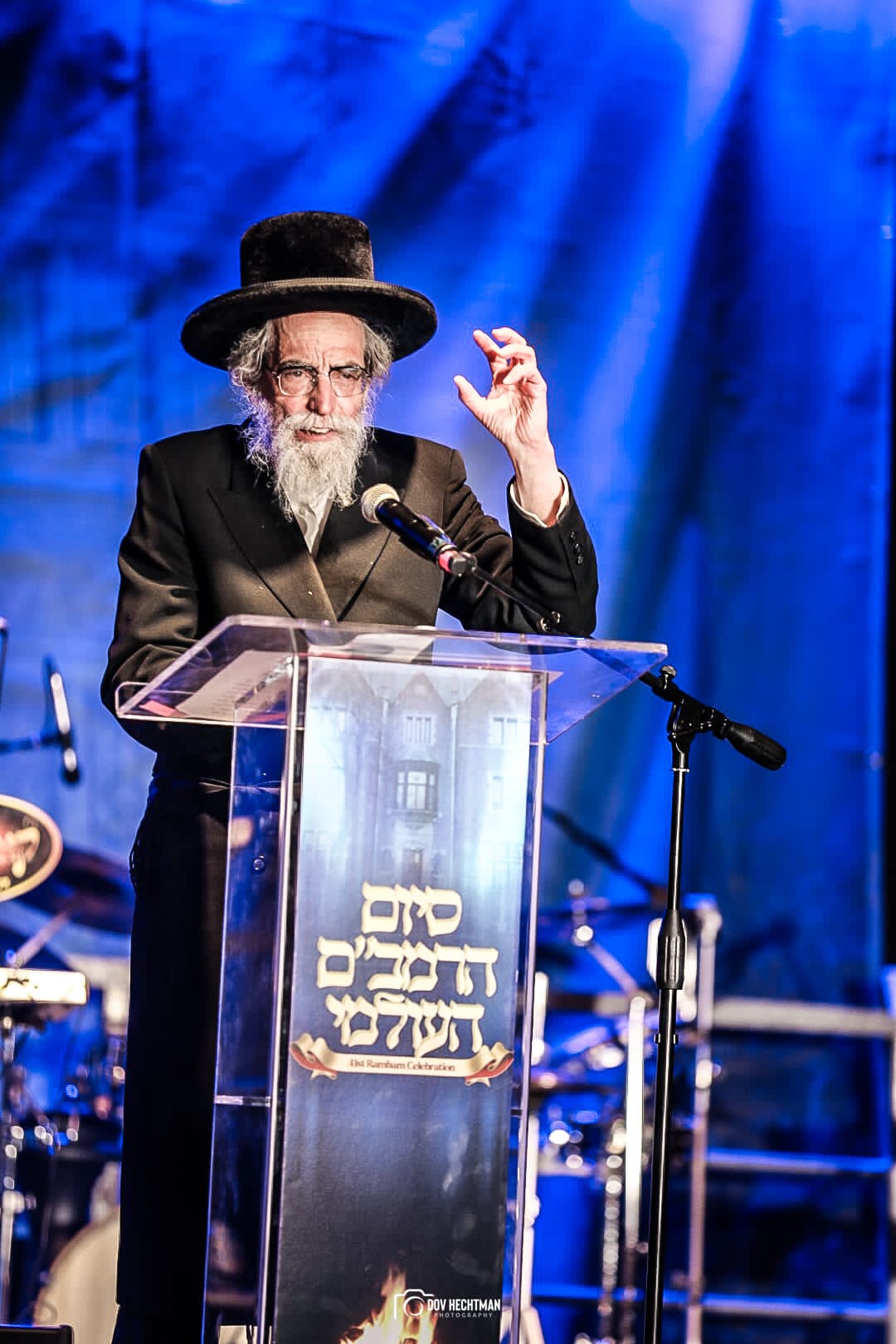