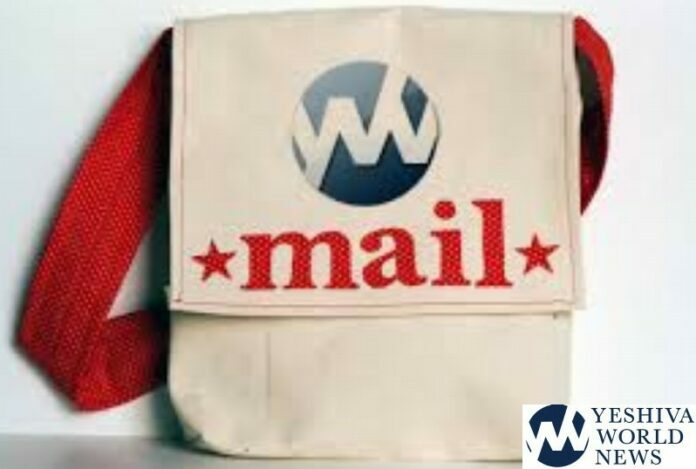 As someone observing the shidduchim “market” that seemingly becomes increasingly  challenging as boys and girls become older, I would like to offer a straightforward suggestion.

I know of one Rosh Hayeshiva that suggested this to his talmid, and I know others who have followed this suggestion and are today B”H married because of it, so perhaps it might be time to formalize it in the dating process. This will not cost any money – just commitments from the parents, boy, girl, and shadchan, plus a small dose of common sense and a lot of Siyata Dishmaya.

The suggestion is simple: If either the boy or the girl requests a second date, the other side should agree to it.

Anyone that has gone through the system knows it is very frustrating, even depressing, for the boy and the girl (and the parents) to have “a one and done.”

I am sure everyone understands that at some time, everybody has “one of those days;” a girl rushing home after a tough day from work, a boy traveling to meet a girl and getting jammed up in traffic, or either one of them just not feeling the greatest. Perhaps if (s)he took a step back and would give it the benefit of the doubt, then it would be understandable that this deserves another shot.

Just from a logical perspective, it isn’t reality-driven to throw away a potentially life-changing opportunity after meeting with someone for just and hour or two. Would you throw away a business or other opportunity so easily? Of course not. So why would you so easily discard of your potential bashert?

To implement this idea and move it from paper to practice, I believe the following steps must be taken:

1. Each person should ask their Rav, Mechaneches, advisor or whoever they discuss important issues with, their opinion on this.

2. Anybody that knows someone that put this concept into practice and is married because of it, please just comment on this article “I know someone that did this;” it will give encouragement for people to buy into this idea.

3. Anybody already doing this or willing to commit to this, just comment “I am or would be willing to do this.” This will give encouragement as well.

4. The Shadchanim should ask the boy and the girl (and their parents) before they suggest a shidduch if they agree to this idea, and tell each side beforehand if the other side agrees to it. (This will make it easier for shadchanim as well if they know there is a higher probability of a second date)

I would like to conclude with a story an acquaintance told me about his own parents’ shidduch. It happened many years ago, but the lesson in giving a second chance has always stuck with me.

His father, at the time a chassidishe bochur, picked up my friend’s to-be mother for their first date. His mother was so tired from working that day, she promptly fell asleep in the car. So, what does a frum chassidishe bochur do with a single Bas Yisroel sleeping in his car? He just drove around and around for several hours until she woke up. What an interesting first date. What would a boy or girl say today if the other person fell asleep?