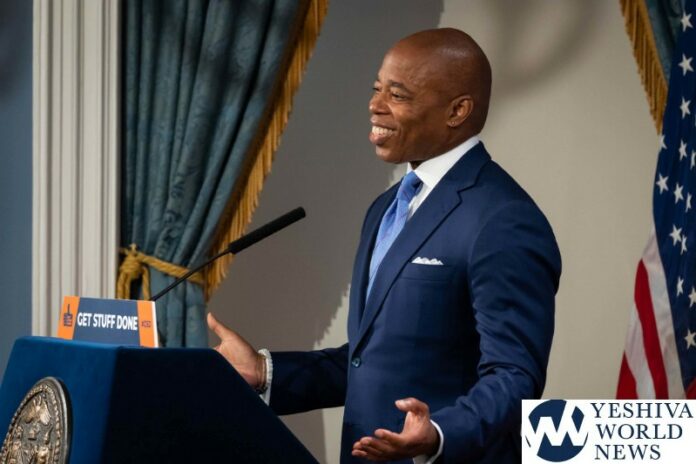 NYC Mayor Eric Adams told reporters he is not concerned with the finding of the NY Times article on Sunday, which attacked Yeshiva education.

The Mayor made his comments at a press conference on Monday morning, in response to a question by Emma G. Fitzsimmon, the City Hall Bureau Chief for the NY Times.

YWN has transcribed the following, and the video is below:

REPORTER: Were you concerned about the findings (of the NY Times investigation) and when did you decide to restart the city investigation into the schools (Yeshivas).

MAYOR ADAMS: I am not concerned about the findings about the article. The investigation would they turn over to me I am going to use how we move forward, and what ways we move forward so I’m not going to look at a story. I want a thorough investigation. I want to do an independent review, and that’s what the city has to do and we’re going to look at that and the chancellor has made it clear that we’re going to make sure every child receives education in the city.

REPORTER: What about reports about corporal punishment?

REPORTER: When was the investigation restarted?

MAYOR ADAMS: I am sure the Chancellor will tell you.