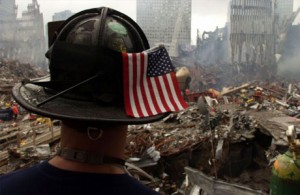 Gov. Andrew Cuomo is quietly pushing the Bloomberg administration to give him more control over his role in the nationally televised ceremony marking the 10th anniversary of the Sept. 11 attacks, said people familiar with the discussions.

In high-level talks between city and state aides, the governor’s office has sought greater influence over the several-hour program, questioning whether Mayor Michael Bloomberg should be in charge of an event his office has controlled for the past decade, the individuals said.

The changes sought by Mr. Cuomo leave open the possibility that he’ll address the gathering with substantive remarks, the individuals said. In past Sept. 11 anniversary ceremonies, governors have read brief lines of poetry.

The mayor’s office said on Tuesday that Mr. Cuomo and his staff have not made clear they want changes to the carefully choreographed ceremony.

“If there were really concerns, they would be conveyed directly,” said Howard Wolfson, the city’s deputy mayor in charge of communications.

Richard Bamberger, a spokesman for Mr. Cuomo, said the governor’s office is “working together with everybody involved with the program.”

The mayor’s office has for years been considered the final arbiter over the ceremony’s planning and has resisted ceding control in talks with Mr. Cuomo’s staff, people familiar with the matter said. Those talks have taken place off and on for several months.

Mr. Bloomberg has said the ceremony program has been finalized. In a recent radio interview, he said Mr. Cuomo and others speaking at the event are “going to read something which we preselect.”

But Mr. Bamberger said the governor’s speaking role was still being determined. “We are working on what the program is going to be,” he said.