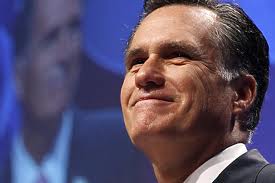 With the Republican presidential hopeful closing in on the GOP nomination, attention is beginning to turn to who he will pick to be by his side as he takes on President Obama and Vice President Biden for the White House.

Could it be Sen. Marco Rubio, a Hispanic conservative from the swing state of Florida? Maybe it will be Chris Christie, the bombastic governor from New Jersey unafraid to speak his mind? Or could it be a total dark horse candidate, say Gov. Susana Martinez from New Mexico, another conservative Hispanic from a swing state?

According to Larry Sabato, the director for the Center for Politics at the University of Virginia, Romney has two ways to go with his decision.

“He can pick someone who is safe and follows the Hippocratic oath’s mandate, ‘First, do no harm,’” Sabato told CBSDC. “This person would be seen as competent but wouldn’t necessarily have any impact on the Electoral College or appealing to specific demographic groups where Romney is weak, or Romney can pick someone designed to deliver a state, region, or demographic group.”

“This is all a game of checking off something you don’t have,” Motley told CBSDC. “Rubio is Hispanic and is from the swing state of Florida. The list almost begins and ends with Rubio.”

Rubio – who has thrown his support behind Romney – has been a favorite among conservatives in his short time in the Senate, but that lack of experience could hurt his chances of getting put on the ticket.

“If this individual is relatively inexperienced or has not been fully vetted, there can always be unexpected problems that turn into a major distraction for the presidential nominee,” Sabato said.

Even if Rubio is picked, there are no guarantees he could deliver the state to Romney.

Rubio has previously stated he is not looking to the vice presidential nomination.

Conservatives have fallen over party favorite Chris Christie, who was called on many times to jump into the presidential fray. Christie decided not to, instead throwing his support behind Romney, too. Christie might not be the best bet to be by Romney’s side, though.

There has been much talk about Louisiana Gov. Bobby Jindal getting the nod, which would make him the first Indian-American to be vice presidential candidate. But others to keep an eye on are Virginia Gov. Bob McDonnell and New Mexico Gov. Susana Martinez.

Romney also needs to make sure that the VP candidate he chooses doesn’t become a distraction, the same way Sarah Palin was to Sen. John McCain in 2008.